Ostberg to drive Citroen for rest of WRC season

Ostberg to drive Citroen for rest of WRC season 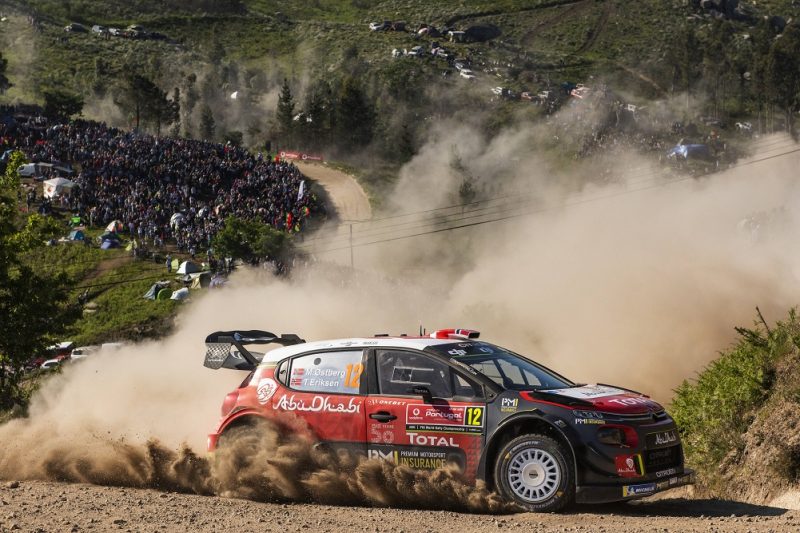 Mads Ostberg will take over the Citroen drive of the axed Kris Meeke for the rest of this year’s World Rally Championship.

Meeke was dropped by the Citroen World Rally Team for an “excessively high number of crashes” after a major hit with a tree in May’s Rally de Portugal.

Ostberg drove one of the C3 World Rally Cars at the following round in Italy, an already planned start in what was a part-time campaign.

The Norwegian has now been appointed for five of the remaining six rallies, the exception being Rally de España where Sebastien Loeb will tackle the third and final round of his season.

“It was really great to be back with the team for these first three rallies, having previously worked together a few years ago now,” said Ostberg, a Citroen factory driver in 2014 and 2015.

“I’m honoured by the trust that the brand and Pierre (Budar, team principal) have placed in me.

“I’ll be giving everything I can to pay them back in the best possible way at the next few rallies, especially as I’m starting to become familiar with the C3 WRC now and Rally Finland is coming up soon, my favourite weekend of the season.

“I’m convinced that we have all the qualities required to do well on these five additional appearances.”

Budar stated, “We are now entering a rebuilding phase, already partly looking ahead to 2019, but before that, we have to finish this season as well as possible.

“And Mads, both due to his experience of the world championship and with the C3 WRC, can undoubtedly help us to move forward in a calm, relaxed manner.”

Ostberg has this year finished sixth in Sweden, sixth in Portugal, and fifth in Italy.

The team’s second car had been driven by Craig Breen for all rounds except those set aside for Loeb, meaning he would have missed Spain, but Citroen’s announcement does not confirm Breen for that rally.

Khalid Al Qassimi is, however, locked in to drive a third Citroen WRC entry in Finland, Turkey, and Spain.