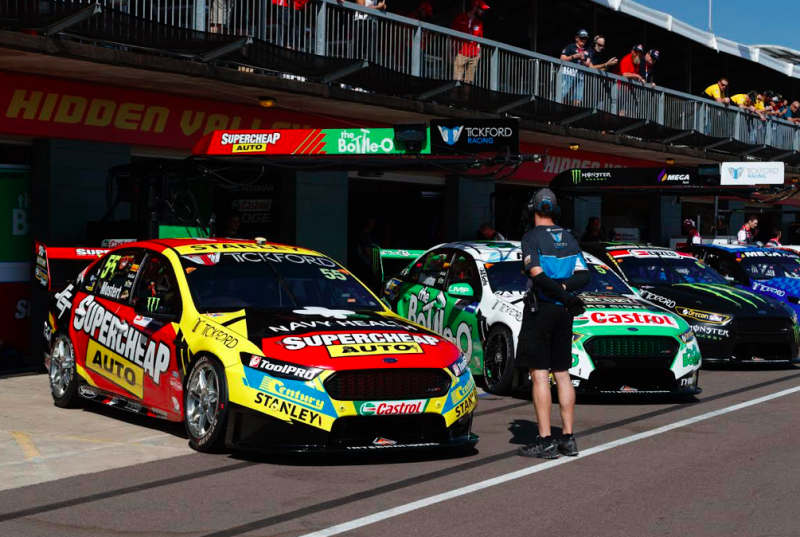 Tickford Racing co-owner Rod Nash says his squad remains united in its cause to turn around its slump that has left the perennial championship challengers hurting.

The Ford operation has been forced to use race weekends as glorified test days as it looks find answers to its current pace deficit to the front runners.

Neither of its drivers Chaz Mostert, Mark Winterbottom, Cameron Waters nor Richie Stanaway claimed a top 10 at Hidden Valley Raceway.

Extracting the best from the new Dunlop tyres has been among the issues providing a hurdle for the team that has scored one podium in 16 races.

While its results were below par on track, Nash says his squad is not far away from front runners, confirming that its engineering department is feeling positive it can find gains from the data gathered in the Top End.

“The team is hurting in the championship, but for me I see a lot of positiveness in our whole group because they all know it, they don’t need me or Tim (Edwards team principal) to tell them, ‘We need to step it up here,’ Nash told Speedcafe.com.

“They’re all boots and all in and knowing what the job is to get ourselves there.

“We’re not that far away, as in where we still are (current on-track pace), but that’s not good enough, and we’ve just got to be driven very hard.

“This is a tough industry and it’s like a little disease that everyone in pit lane has (at some point), we all experience it and not that I’m liking it in our team that we are experiencing it, it’s just a positive of the category and it demonstrates how competitive and how professional the teams are.

“To move yourself up the field when you’ve stepped back a little bit is not an easy thing to do.

“We’re very much a team, which I’d expect that most are, we don’t want to throw the baby out with the bath water.

“The engineers have been playing with variables in the cars and they’re very positive with what they’ve got out of it.

“It might not have resulted out on the track but they’ve just been having discussions then that they’ve got meat on the bone to go back to the race shop with and work with then.”

Nash says the operation is also working hard on upgrades for its cars that have been six months in the making.

It is hoped they could become available in time for the Watpac Townsville 400 next month.

“Absolutely, (there are updates still to come),” added Nash.

“That’s not just spruiking it, but 100 percent, they’re sitting in the background, they’re just going through process on how they end up in the car.

“And that’s been as a result of five and six months’ work. Unfortunately, in this game racing is fast but making your plans takes time.”

Mostert is currently the best placed Tickford driver this season, occupying ninth in the standings.