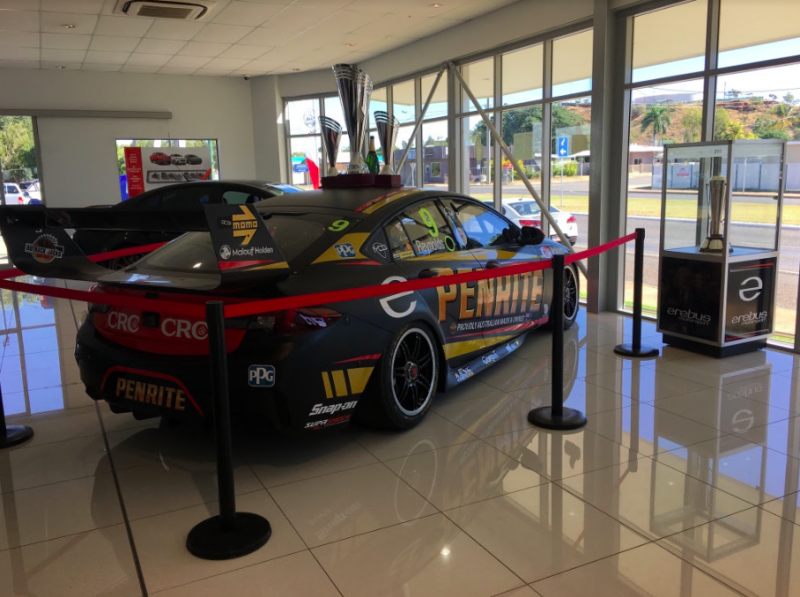 Erebus Motorsport has elected to send its cars straight to North Queensland instead of returning to its Melbourne base following the CrownBet Darwin Triple Crown.

After winning Race 16 on Sunday the team spent until Tuesday in Darwin preparing its two Holden ZB Commodores before sending them across country that day in preparation for the Watpac Townsville 400 from July 6-8.

Erebus undertook the procedure last year instead of transporting the cars back to its Melbourne workshop for a quick turnaround before sending them north to Townsville.

The cars will stop over in Mount Isa for 10 days where David Reynolds’ Holden will be on display at the Malouf Holden dealership.

“It was something we did last year, and were always aiming to do again,” said general manager Barry Ryan.

“Obviously, you make sure you’re equipped with everything you need to get through both events and always have a back up plan, but we came out of Darwin reasonably well.

“We were lucky, there wasn’t much to do on the cars and we were finished by Tuesday afternoon, cars loaded and on their way.

“We worked hard in that three-week period after Winton and now we’re able to have a bit of down time before heading into the back half of the season.

“The locals are invited to come down to Malouf Holden and see the car and Bathurst trophy.

“Dave will also be available to take customers for a test drive in the new Commodore.”

The squad is lying fourth in the teams’ standings following its second race win of the season in Darwin.