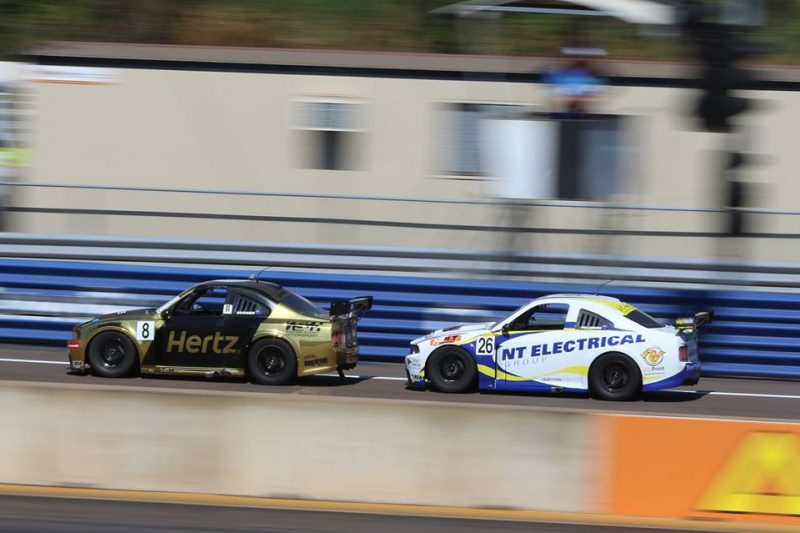 Two competitors from one of the support categories which ran at Darwin’s Supercars event have told of how fuel in their cars was allegedly tampered with during the weekend.

Justin Ruggier and Bryce Fullwood, who were racing in Aussie Racing Cars’ exhibition round at Hidden Valley, are both believed to be victims of fuel tampering.

Ruggier raised his disappointment on social media during the Sunday of the event regarding water being added to his fuel.

Multiple parties including Fullwood himself have since confirmed to Speedcafe.com that his car, which the Darwin native was driving as a cameo entry in the series, was similarly affected.

The cars were both from the Western Sydney Motorsport stable and situated adjacent to each other in the paddock, but none of the team’s five other cars were affected.

At this stage it is not known exactly what was added to their cars fuel tanks aside from water, nor has any perpetrator been identified.

Ruggier believes that his early DNF during Sunday morning’s Race 3 was due to the presence of foreign substance(s) in his fuel. 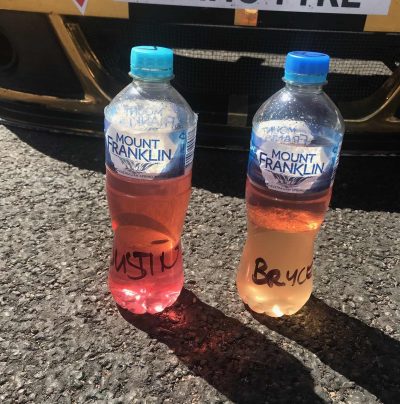 The tampered fuel was detected in Fullwood’s car earlier in the morning, and he has confirmed that the alternator issue reported on television during the race was indeed the cause of his own struggles before managing to finish fourth.

RaceFuels supplied fuel to all categories which raced at Darwin, including the Supercars Championship and local Commodore Cup supports which Fullwood also raced in unaffected.

There is no suggestion from any party which Speedcafe.com has spoken to that the fuel supplied was substandard, with all convinced that foreign substance(s) were subsequently added to the cars’ fuel tanks.

RaceFuels Director Mark Tierney assisted the team with testing of samples from the cars on the day.

He says that density testing of those samples confirmed the presence of water, but that the water was not clean, and nor did the two cars appear to have the same substances added.

“We’ve got a range of methods for sampling and the checking of fuel, so we offered that up to the team immediately,” Tierney told Speedcafe.com.

“We had a better look at what was going on. We checked the density of the component that wasn’t petrol in their fuel, and the density matched with water. We also sort of tried to replicate what sample they offered us were.

“I added water to our petrol and that visually wasn’t the same as what we saw with the two samples from Justin’s and Bryce’s cars.”

When asked to confirm that he was of the belief that foreign substances had been added to the fuel in both cars, Tierney responded, “Yeah, but I believe it’s different.

Ruggier himself has provided Speedcafe.com a photo of the samples he took in water bottles, demonstrating that the colours of and components in the mixtures are different.

He says that he first became aware of an issue when the team was checking Fullwood’s car prior to Race 3, but apparent tampering in his own car did not come to light until he started the race.

Ruggier’s social media post from the day in question

“We were getting ready for Race 3, Sunday morning, and I could hear a car (from) in the trailer running real rough, like extremely rough,” Ruggier told Speedcafe.com.

“I went outside and the boys were just checking over Bryce’s car, and basically they were trying to work out what was wrong, why it was running so rough, and they checked quite a number of things and then they noticed that the quality of the fuel wasn’t great.

“(They) emptied the tank and then they found a lot of water in his fuel.

“So we checked the fuel, they fixed the car, got it running, he went out and raced.

“My car, they checked it, but I think maybe because I said, ‘Look, no way my car will have any issues mate; who’s going to touch our car?’

“So basically I got to the out grid, did a complete out lap, the car seemed fine, and then got down to the end of the straight, and then that was it, it was just missing like you wouldn’t believe.

“I raced back to the pits, checked it, they drained a bit of fuel, they were a bit suspicious then in pit lane, and lo and behold my thing’s got water in it.”

Fullwood also gave his version of events to Speedcafe.com.

“We finished the race on Saturday, the second race, and the boys were getting the car clean and prepped it for the next day, put it up on stands, put a cover over it,” he recounted.

“Then they pulled out about 20 percent of the fuel tank with water. So that’s quite a lot. They said they pulled two litres out of it.

“They started Justin’s and it was all sweet. Justin’s had a small amount in it, mine had a lot.”

Category management of Aussie Racing Cars has confirmed that it is looking into the matter.

“There was an issue with fuel quality in Darwin which we have been looking into,” read a statement provided to Speedcafe.com.

“While we are comfortable that the fuel supplied by RaceFuels was of a good quality and that the team has sound fuel management processes in place, we acknowledge that there was a fuel issue and as such we will continue to consider possible causes and scenarios.”

Given the non-points status of the round, there is no impact on the series standings.

Round 4 of the series supports Supercars at Queensland Raceway on July 20-22.