Cowboys liveries for Toyotas in Townsville

Cowboys liveries for Toyotas in Townsville The guest drivers for the Townsville round of the Toyota 86 Racing Series will again run in the local National Rugby League team’s colours.

The cars which Warren Luff and Steve Owen will drive in Round 2 of the series have been adorned in liveries resembling the home and away strips of the North Queensland Cowboys.

Toyota is the major sponsor of the Townsville-based club, which will play home matches out of a new stadium near the city’s street circuit from 2020.

“Toyota is doing a great job in encouraging the development of new talent – and that’s something we always try to do at the Cowboys.”

The cars have been named after the club’s co-captains Johnathan Thurston and Matt Scott, a halfback and prop respectively.

“Matt thinks his car will have an advantage on the straights while JT’s expecting to have the edge in the corners,” joked Green.

Liam McAdam leads the series after a sweep of the opening round at Phillip Island. 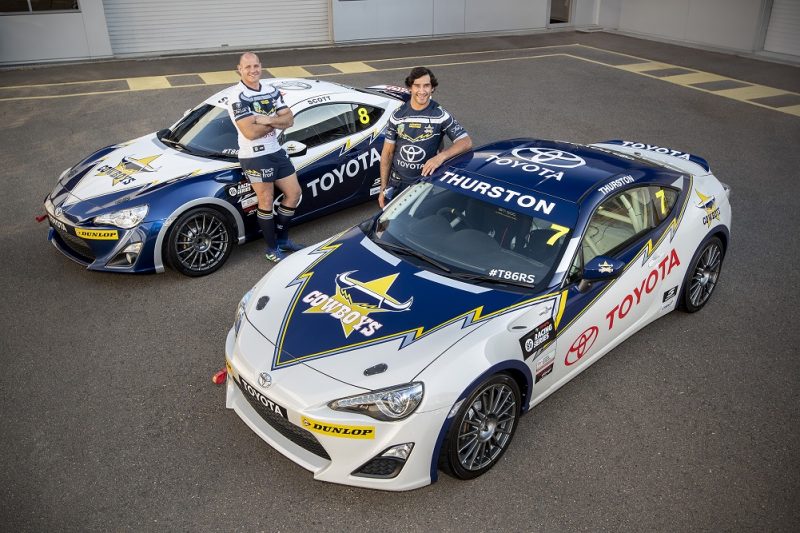