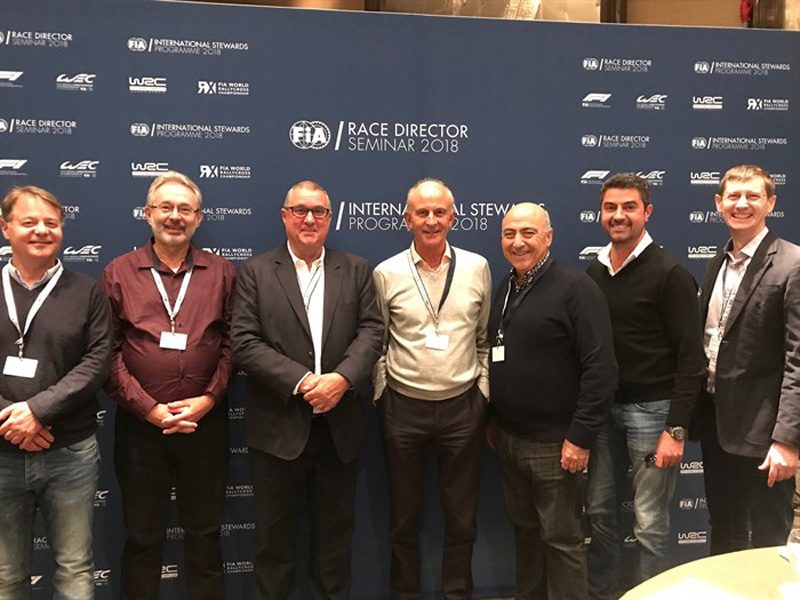 Australian officials have been recognised internationally

Three Australian race officials have been named as part of the inaugural group to form the FIA Stewards’ global pathway.

Michael Masi, Matthew Selley, and Christopher McMahon have been selected as future FIA international stewards, which could see them working at events ranging from Formula 1, World Rally Championship, the World Endurance Championship, Formula E, and more.

The trio’s announcement follows on from Australian Steven Chopping last year being named FIA Senior Official of the Year.

“Growing up watching and working in Australian motor sport has given me a really solid foundation to work in some of the world’s biggest categories from the FIA Formula 1 World Championship and the FIA World Rally Championship down,” said Masi, who is Deputy Race Director to Tim Schenken in the Virgin Australia Supercars Championship, and Race Director of the Dunlop Super2 Series.

“The training CAMS provides is world class and something I am personally very proud of and this recognition displays the high regard in which CAMS officials are held, whether we are officiating here in Australia or at events overseas.”

According to CAMS CEO Eugene Arocca, the recognition is well deserved, with the added benefit of opening opportunities for the organisation to raise revenue by training officials in other countries.

“We are closing in on 10,000 licenced officials and we are delighted to see that Australians are being recognised on the global stage as we honestly believe we have the best officials in the world,” Arocca said.

“Michael, Matthew and Chris are all fine officials and I know they will do us proud at some of the biggest events in world motor sport.

“This strong foundation is definitely an asset for our organisation and allows our officials to train those from other regions who are very keen to learn from the best in the business,” he added.

“It is no surprise to us the FIA are recognising the work of Australian officials and it’s a testament to the dedication and commitment of all our officials.”

Australia is well represented internationally within the FIA and its various boards, with Schenken and Garry Connelly often working at Formula 1 events, while Australian GT manager Ken Collier sits on the FIA GT Commission.