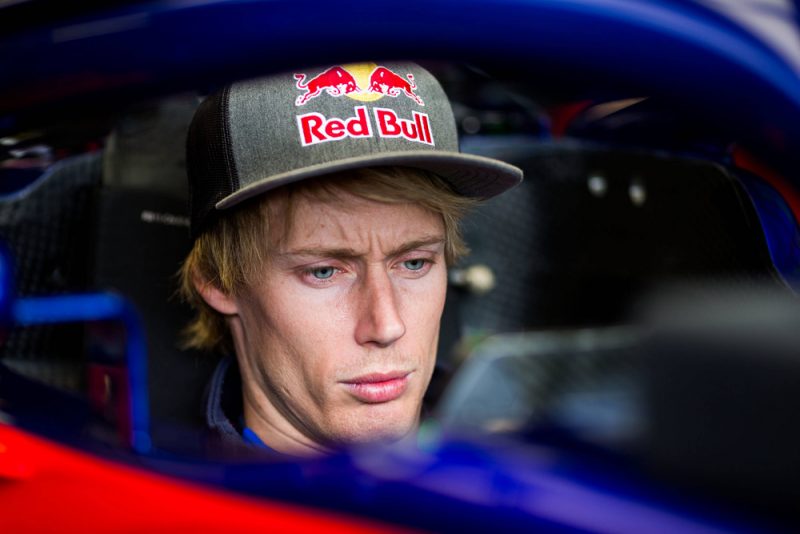 Brendon Hartley believes he has stayed focussed in the face of awkward questions surrounding his Formula 1 future.

The New Zealander came under fire after a handful of tough races and, although he crashed out on the opening lap in Montreal, has received the backing of Helmut Marko, Red Bull’s motorsport advisor.

Speaking with German publication motorsport-magazine, Marko’s comments of support have firmed up the 28-year-old’s immediate future.

“If the trajectory had not improved, then we would have had to look somewhere for an alternative,” Marko is quoted as saying.

“But that’s not the case and Brendon is now competitive.”

Hartley has fended off ‘awkward questions’ about his future as McLaren’s Lando Norris and others were linked to his seat at Toro Rosso.

“There was a bit of noise in the background over the last couple of weeks,” Hartley admitted in his video blog on the sport’s official website.

“I was asked a few awkward questions about my future in Formula 1.

“It was a bit annoying but that’s part of the business and I actually felt really good about how I handled the whole situation.

“I didn’t let it affect me and I just stayed focussed on doing the job that I get paid to do.

“Every weekend I feel like I’m getting stronger and stronger,” he added.

“You know, I’m an old fella in some ways but I’m a rookie in Formula 1 and as the weekends go by I feel I’m understanding more and more the business of Formula 1; what it takes to get the most out of these Pirelli tyres; what I’m looking for in terms of balance and the setup of the car and dealing with this new team of people I have around me.”

F1 next heads to the French Grand Prix at Paul Ricard, a venue Hartley has raced at with success in the past.

“We did a lot of testing there with WEC in the LMP1 car and I won the LMP2 category here in 2013,” he explained.

“I understand the track has been completely resurfaced, which will be interesting to see, because it was quite a unique track in terms of tyre life.

“It used to be very, very extreme on left front tyre wear, so depending on the surface change, that factor may have altered a little bit.

“It’s obviously got a lot of history, both for sports cars and Formula 1, so I’m really looking forward to it.”

Opening practice for the French Grand Prix begins on Friday at 2000 AEST.