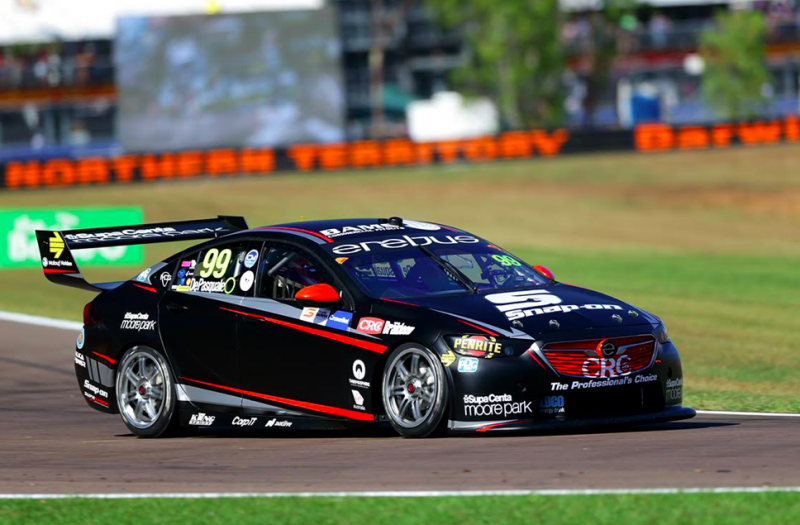 Erebus Motorsport is aiming to keep its hands on rising star Anton De Pasquale for the long term following an impressive start to his rookie season.

De Pasquale is fast building a reputation a star of the future following a string of eye catching performances since stepping into the main game in the #99 Erebus Commodore.

The 22-year-old has quickly adapted to the tough world of Supercars having taken the leap after two seasons in feeder category Super2.

De Pasquale has underlined his raw speed by scoring seven top 10 starts in the 16 races, including a career best third in last Saturday’s Race 15 at Hidden Valley Raceway.

He has also claimed a maiden top 10 finish in only his ninth race at Phillip Island in April, offering a further glimpse into his potential.

The performances see him in 17th in the standings comfortably ahead of the other four rookie drivers and race winners Cameron Waters and Lee Holdsworth.

Erebus general manager Barry Ryan is fully aware of the reputation his young gun is building and hopes he will prove to be a long term acquisition for the team.

De Pasquale has committed to a multi-year deal with the Melbourne squad.

“We just want to keep him as long as we can and keep working with him as part of Erebus because he is now, and he’s doing a great job for us,” Ryan told Speedcafe.com.

“There are not many young guys that have got that attitude; some of them have got raw speed but the attitude that goes with it and the calmness, he’s like a 40-year-old driver that’s been winning forever.

“People can try and buy him at the end of the contract if they want but they’re going to have to make it worth his while. We’ll worry about that when it comes.”

While impressed by his young star’s efforts, Ryan admits the rookie does need to work on his race craft after slipping back from his standout grid berths in Darwin.

“I think the biggest thing is that he’s probably always been up the front of everything he’s raced,” Ryan added.

“He learned a little bit in Dunlop Series but the competition is only really at the top five, so when you’re in the battle of this if you’re 25th you’re still battling someone, so he probably does need to work on a little bit but we can’t be too critical of him.

“He’s just got to know when to leave the door open and when to close it and little things like that, but overall I think he’s doing a great job.”