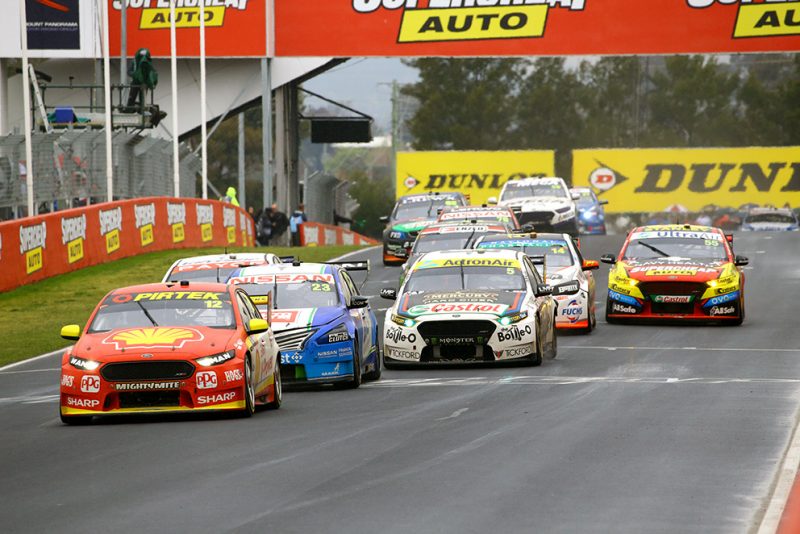 Supercars has confirmed there are discussions ongoing regarding the prospect of wildcard entries at this year’s Supercheap Auto Bathurst 1000.

The championship is keen to grow the grid for its Mount Panorama showpiece event from October 4-7 through the use of wildcard programs.

Speedcafe.com has learned that the series is aware of two expressions of interest for extra entries to join the 26 car grid, although teams are yet to finalise commercial plans before committing to programs for The Great Race.

While the identity of the expressions remain unknown at this point, Walkinshaw Andretti United revealed a wish to field a wildcard, subject to securing funding, in March this year.

New team co-owner Michael Andretti indicated such an entry would most likely be piloted by Andretti Autosport drivers Marco Andretti and Scott Speed.

Wildcards have been a feature at Bathurst from 2009 although last year was the first race not to boast a one-off entry.

Supercars CEO Sean Seamer is fully supportive of enticing extra entries for The Great Race to help grow the event nationally and at a global level by attracting international drivers.

“There are discussions ongoing but there haven’t been any applications lodged to Supercars as of yet,” Seamer told Speedcafe.com.

“We are always looking to support either development of drivers domestically or introducing international drivers that want to come and have a run at Bathurst.

“This clicks off the back of the Bathurst 12 Hour. The event is increasing the circuit’s international appeal. We are working domestically to bring other people in and internationals.

“We enjoy having international drivers out here and they obviously create a lot of energy and passion in Australia and around the world.”

Supercars does not stipulate a deadline for Bathurst wildcard programs to be lodged although candidates will be assessed by the championship before receiving an entry.

The Harvey Norman Supergirls Nissan Motorsport entry for Simona de Silvestro and Renee Gracie in 2016 was the last time a wildcard was entered at Mount Panorama.

The duo finished the race in a commendable 14th position from a 27 car field.