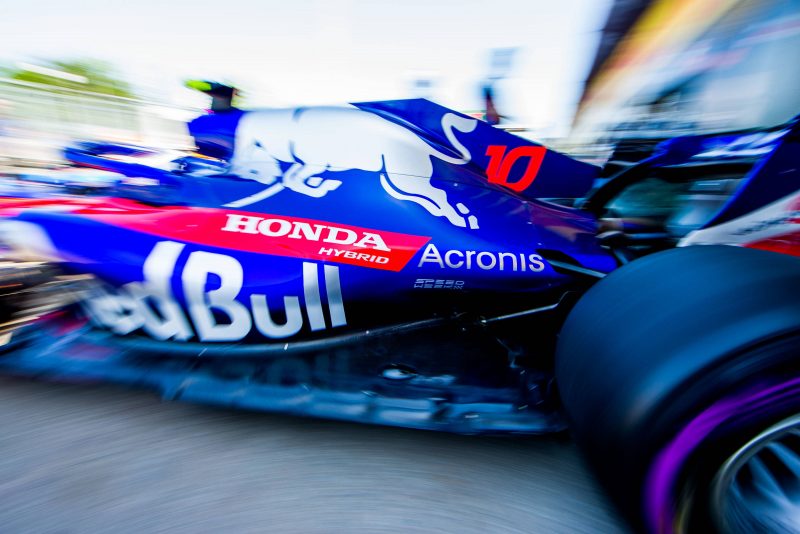 Honda will power Red Bull Racing from next season

Red Bull Racing will switch to Honda power from next season as part of a new multi-year agreement with the Japanese manufacturer.

The Milton Keynes squad has announced it will cut ties with Renault bringing an end to a 12-year partnership which yielded eight world championships from 2010-2013 and 57 race wins.

Red Bull has been contemplating its engine supplier for next season amid a fractious relationship with Renault at times in recent seasons due to concerns over the power and reliability of its units.

The squad has been evaluating Honda power units with its sister team Toro Rosso this year after the manufacturer’s acrimonious split with McLaren.

Renault confirmed in Canada that there was an option to continue the current agreement but Red Bull believes Honda will provide the best opportunity to recapture past glories.

The team will remain under the banner Aston Martin Red Bull Racing, while Honda will also continue to supply Toro Rosso with power units.

“This multi-year agreement with Honda signals the start of an exciting new phase in Aston Martin Red Bull Racing’s efforts to compete not just for grand prix wins but for what is always our goal – championship titles,” said team principal Christian Horner.

“We have always taken decisions such as this dispassionately and with only one criteria in mind – do we believe the outcome will allow us to compete at a higher level?

“After careful consideration and evaluation we are certain this partnership with Honda is the right direction for the team.

“We have been impressed by Honda’s commitment to F1, by the rapid steps they have made in recent times with our sister team Scuderia Toro Rosso, and by the scope of their ambition, which matches our own.

“We look forward to working with Honda in the coming years and to racing together in pursuit of F1’s biggest prizes.”

Honda has struggled to to match its rivals Mercedes, Ferrari and Renault since its return to F1 in 2015 with McLaren.

However, progress has been steadily made as the firm understands the sport’s complex hybrid regulations.

“Honda will have access to a wealth of data from both outfits, with Aston Martin Red Bull Racing leading the way, and the opportunities for faster, more effective and more competitive development are doubled.”

It is a view echoed by Honda motor company president and representative director Takahiro Hachigo.

“Having two teams means we can access twice as much data as previously,” said Hachigo.

“We believe that working with both Toro Rosso and Red Bull Racing will allow us to get closer to our goal of winning races and championships, building two strong partnerships.

“Discussions proceeded very quickly, thanks to Red Bull’s open and respectful attitude towards Honda, leading to a deal that is fair and equitable for all parties.”

Renault issued a statement confirming the split with Red Bull.

“Two years after Renault’s return as a works team, we consider this is a natural evolution for both Renault and Red Bull Racing in view of their respective aspirations,” read the statement.

“We are fully focused on the strong progression of Renault Sport Formula 1 Team, while continuing to foster the fresh relationship with McLaren Racing.”

Red Bull is yet to secure its driver line up for next year having elected to prioritise securing an engine supplier before resuming negotiations to keep out of contract star Daniel Ricciardo.