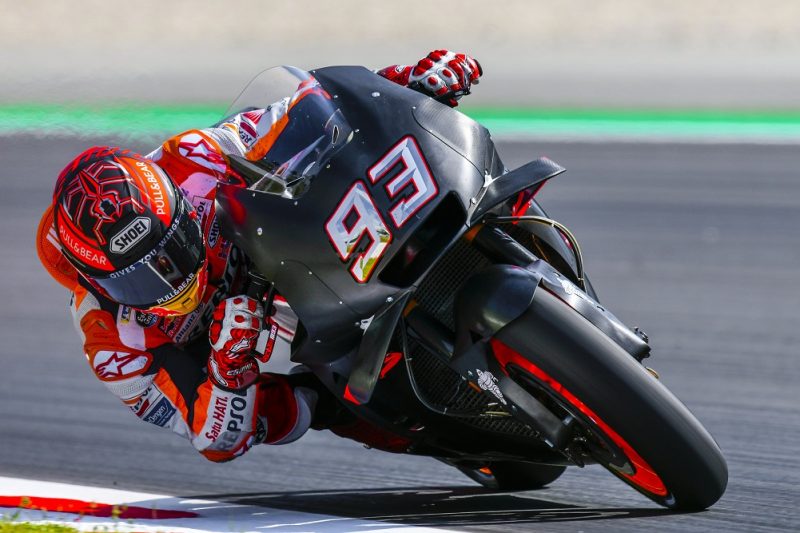 The championship leading Repsol Honda rider went down during the day before setting a 1:38.916s on his 86th lap of 88.

It ended Andrea Iannone’s approximately six-hour spell at the top of the order with four minutes to run in the eight-hour session.

The Suzuki Ecstar rider had usurped Tito Rabat, who remained second-fastest until Marquez split them with around 30 minutes remaining.

Avintia Racing’s Rabat was the first of the Ducatis, one position ahead of the second in Pramac’s Danilo Petrucci, whose day was curtailed by a crash at Turn 9.

Jack Miller ended the day 10th on an older Pramac Ducati while the factory Ducati Team did not test.