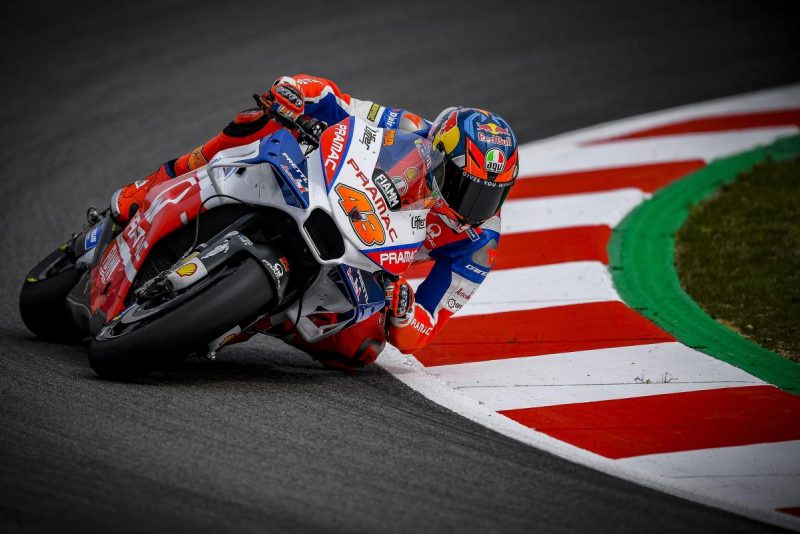 Jack Miller has officially signed on for another season at the Pramac Ducati team.

The Australian had advised on the eve of the Catalan MotoGP weekend that his continuation at the team was a formality and a signing imminent.

Pramac has now confirmed that the deal is official, as well as Miller’s ongoing status as a rider directly contracted to Ducati.

“Alma Pramac Racing is pleased to announce that Jack Miller has been confirmed for the 2019 MotoGP season,” read a team statement.

“The Australian rider, who is directly under contract with Ducati, will defend the colours of the Tuscany-based team on the 2019 version of the Ducati Desmosedici GP.”

The signing still represents a promotion for Miller, who will be the team’s lead rider and no longer pilot a year-old bike.

His current team-mate, Danilo Petrucci, is off to the factory Ducati Team to replace Jorge Lorenzo, with another Italian in Francesco Bagnaia moving up to Pramac from Moto2.

Lorenzo has won the last two races, at Mugello and Catalunya, aboard his Desmosedici GP18.

Miller, on the other hand, failed to finish both those grands prix after a technical problem in Barcelona.

Testing takes place today in Catalunya ahead of Round 8 at the TT Circuit Assen, the scene of the Miller’s premier class race win two years ago, on June 29-July 1.