Gutsy move paid off for Reynolds

Gutsy move paid off for Reynolds 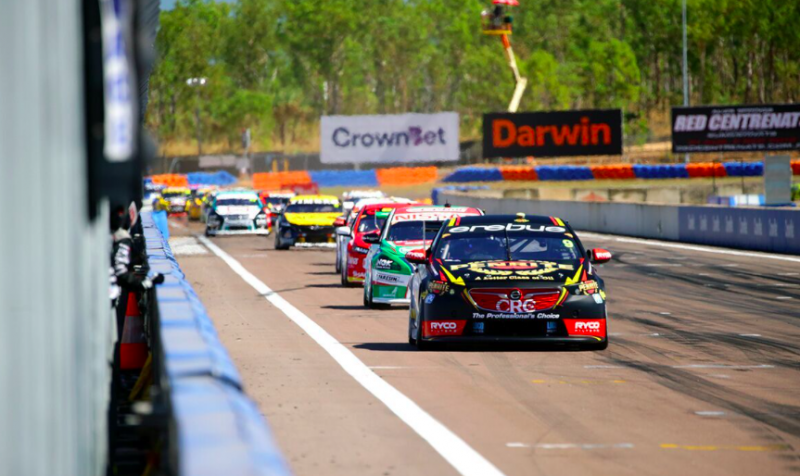 David Reynolds in he lead after his gusty move

David Reynolds stunned his rivals to pull off an impressive overtaking move at the start that ultimately set up his second race win of the season at the CrownBet Darwin Triple Crown.

The Erebus Motorsport driver made a strong getaway from fourth on the grid to pass Jamie Whincup before running deep around the outside of pole-sitter Rick Kelly (Nissan Motorsport) and Scott McLaughlin (Shell V-Power Racing) at Turn 1 to grab the lead.

From there Reynolds opened up healthy lead and was rarely threatened throughout the 70 lap race on his way to the chequered flag.

The 32-year-old admitted it was a high risk move at Turn 1 but he felt he had to make it after looking a brake and losing time at the same corner while leading Saturday’s race.

While the mistake didn’t se him lose a position, Reynolds came home third in the race.

“I had to redeem myself from yesterday’s performance because I locked a brake and stuffed it up big time and lost a bit of a gap,” said Reynolds.

“Today I just got a good start and played a bit of a low percentage manoeuvre around the outside and it paid off for once. Most of the time they don’t but today it did.

“The entire team has done a fantastic job this weekend, and we’ve stepped it up again.

“It’s the best weekend we’ve ever had as a team in a very long time. I am so proud of everyone that has been involved through our entire journey.”

“It was brilliant. I think people will expect that of him now where they probably didn’t think he was going to do it,” Ryan told Speedcafe.com.

“Not disrespecting him but they probably all thought, ‘Dave’s not going to do that,’ but when he did they probably went, ‘Oh, shit.’

“But it was great. It was gutsy because it could have easily gone wrong but he actually braked that late that he got past them before turn-in and made the corner.

“Many drivers have tried it and they’ve gone straight off on the grass.”

The move drew praise from both McLaughlin and Whincup who were well positioned to witness Reynolds’ attempt for the lead.

“Davey’s move around the outside was awesome,” said McLaughlin.

Whincup was certain that Reynolds was going to run onto the grass on the exit of the corner.

“I thought he was going to end up at (nearby town) Palmerston! But he pulled it off,” joked Whincup.

Reynolds is lying third in the championship standings with a margin of 327 points to leader McLaughlin.