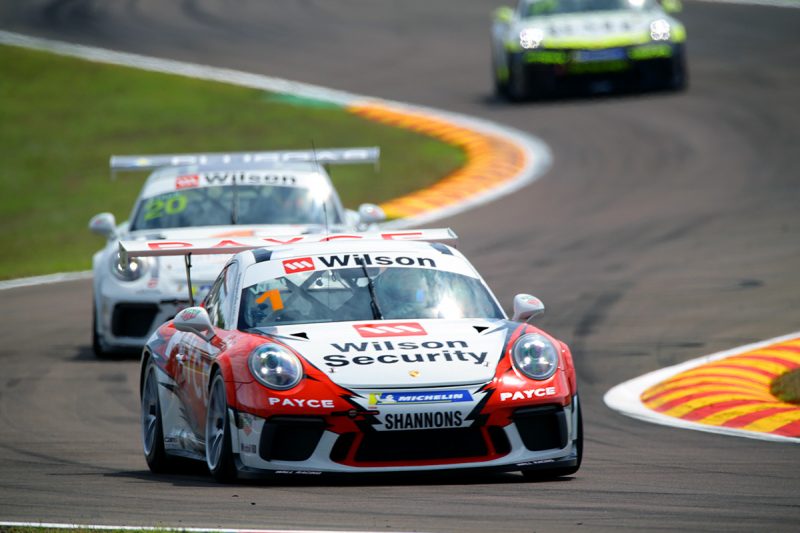 The defending champion put in a 1:07.244s time, a new qualifying record, late in the hit-out just before a red flag was thrown with Anthony Gilbertson in the wall, meaning that no one else could better Wall’s time.

Nick McBride will start alongside him on the front row of the grid while James Moffat will set off from third.

Porsche Centre Melbourne Motorsport’s McBride was speedy on his first flying lap with a 1:07.623s to kick off proceedings ahead of Jaxon Evans.

Improvements came in the second round of hot laps as Michael Almond and Dale Wood climbed up the leaderboard within a tenth of McBride’s time to put themselves third and fourth respectively.

A strong middle sector then took Wood to the top on a 1:07.608s, just before a red flag was thrown at the halfway mark of the session when John Steffensen fired off the road backwards at Turn 10.

Steffensen lost control on corner entry as the rear of the car came around on him, beaching in the gravel and needing recovery.

When the session got back underway with six minutes to go, it was Cameron Hill who briefly went to the top of the times before McBride once again went quicker.

Moffat jumped up to second for a moment as Wall banked in his time to go to provisional pole position, but with Gilbertson off the road at Turn 10, there would be no change to the order.