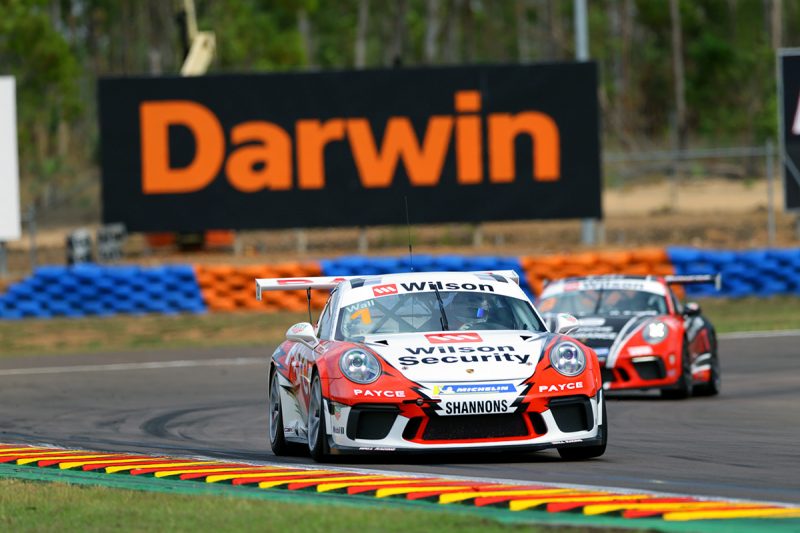 Wall set a new Carrera Cup track record in opening practice, as his 1:07.378s saw him head the field by almost half a second over Jaxon Evans.

The McElrea Racing driver closed the gap in Practice 2, when they were split by less than half a tenth as Wall clocked a 1:07.596s.

A mix of tyre strategies saw fast times up and down the field, Wall using a fresh set in Practice 1 before using a new set of rears in the second session.

Others elected not to bolt on tyres until later in the day, which then saw Wall’s advantage reduced.

The first was Adam Garwood who drew the red flag midway through the second practice session after he tagged the tyre wall.

The delay saw time added on to the end of the session, which was ultimately ended under red flag with Glen Wood understeered off the road, nosing into the barriers and ending the session.

Peter Major was the other victim at Turn 10, though the Western Australian was able to extricate himself from the gravel without interrupting the session.