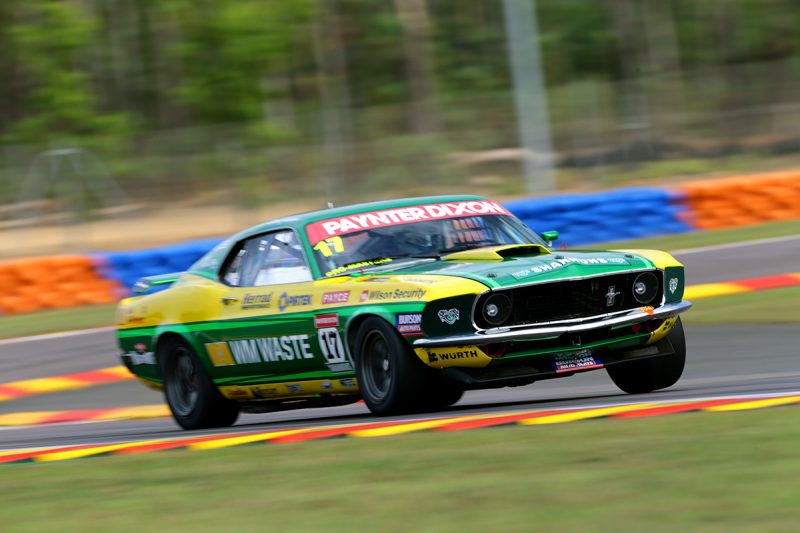 Steve Johnson has notched up a second pole in succession in Touring Car Masters at the CrownBet Darwin Triple Crown.

The session once again came down to the famous names of Johnson and John Bowe, both of whom will start on the front row for the second race of the weekend.

Johnson took over top spot seconds before a red flag was called when Mark King became stranded on the grass having spun his Camaro at the Turn 6 hairpin.

Bowe jumped from bottom of the order to second, 0.16s shy of the #17 Mustang, after the stoppage.

Johnson went faster again with five minutes remaining and that 1:12.8852s ended up being the pole lap while Bowe subsequently improved to a 1:13.3452s in the #18 Torana.

King managed to move himself up to sixth, one position ahead of Whiteline Racing team-mate Adam Bressington (Camaro). Justin Ruggier has stormed to pole position for the Drive the NT Challenge exhibition round.

Ruggier was fastest for the duration of the session in the #8 Hertz/Western Sydney Motorsport entry.

He had initially held a 1:17.8459s before a red flag which effectively took away half the 20-minute qualifying hit-out.

When the session resumed, Ruggier lowered the benchmark to a 1:17.4225s, putting him more than 0.7s clear of Joel Heinrich.

Leigh Bowler was ninth-fastest despite finding the wall at Turn 10 and necessitating the red flag.

Bryce Fullwood, on double-duty in a Commodore Cup-spec VH, was the first of the non-Over 2L class cars in sixth outright.

Craig Wright (Ford Escort Mk 1) bested the Under 2L contingent in 15th outright, while Duane Cambridge was quickest of the HQs in 27th.

The first two of three eight-lap races will be held tomorrow from 0945 and 1340 local time.