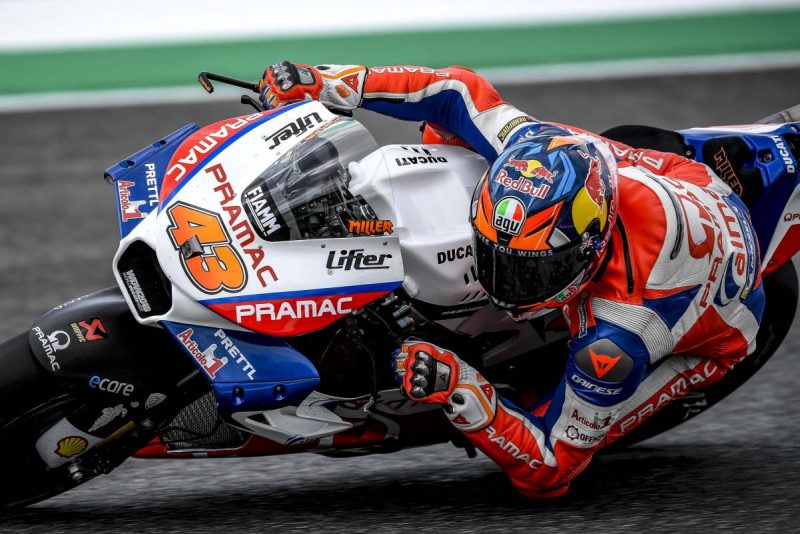 Jack Miller has confirmed that he will stay at the Pramac Ducati team for another season with a contract to be signed imminently.

The Australian’s renewal at the satellite team was largely expected once Danilo Petrucci’s move to the factory Ducati Team was announced.

That news came off the back of Jorge Lorenzo’s signing at the Repsol Honda team, which put paid to a rumoured surprise return for Miller to HRC.

The 23-year-old’s contract extension has not been signed, but Miller indicated that it was a formality.

“As was predicted, I stay here and do the GP19, which is good,” he said on the eve of the Catalan MotoGP.

“Another year here in Pramac, I think it is good for us. It was planned, like we had an early option for this year.

“As far as it stands in the minute, we haven’t signed the paperwork but I’m assuming it should be done today or tomorrow, just to say that we’re using the option, but nothing for 2020 onwards.”

Miller, who is this year riding a year-old Desmosedici GP17, will have the same, current-specification bike as factory riders Andrea Dovizioso and Petrucci in 2019.

The one-time premier class grand prix winner is relishing the prospect of leading a team on what is expected to be genuine race-winning machinery.

“I’m excited, especially to be, let’s say, the number one rider next year would be nice,” Miller explained.

“The pressure is on when you’re the number one rider.

“It’s nice to be the number one rider here, and with a bike that is a potential race winner, and for sure can be a lot of fun.”

Miller crashed last time out at Mugello but still sits ninth in the championship, three positions and 14 points behind Petrucci, who rides a current-specification GP18.

The Townsville native made the leap from Moto3 directly to the LCR Honda MotoGP team in 2015.

He spent the next two years at Marc VDS Honda, finishing the championship 18th in 2016 and seven positions higher last year despite not picking up another win.

Practice for Round 7 of the season begins this evening (AEST).