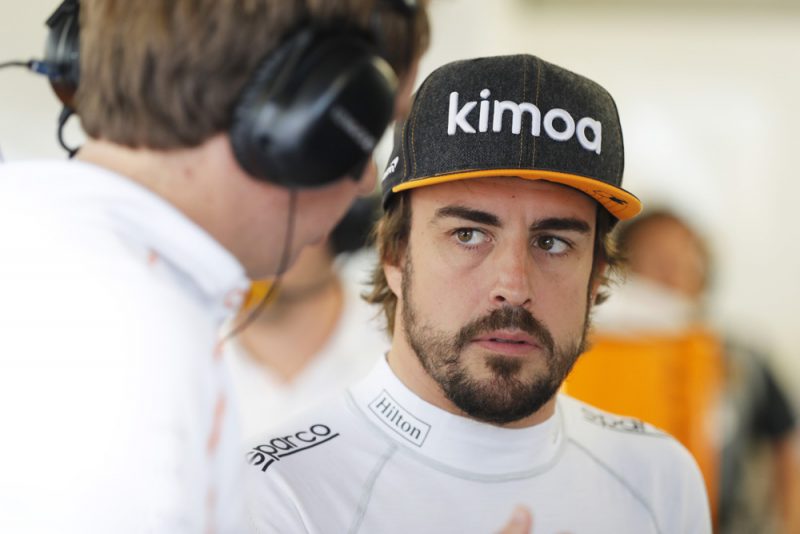 The direction Formula 1 takes in future is more important to Fernando Alonso’s decision than a winning car as he ponders whether to continue on into 2019.

Currently in his last year with McLaren, speculation has grown that the two-time world champion will draw the curtain on a career which began with Minardi in 2001.

Though still regarded as one of the fastest drivers on the current F1 grid, the Spaniard has gone winless since his penultimate season with Ferrari in 2013.

A return to his winning ways however is not the most important factor as he decides whether to continue on next season.

“I think the last possibility of the last championship car we had was 2007,” Alonso ventured.

“The rest has been always quite far off from the performance of the top and the winning team of that season.

“We’re now 11 years after that moment, so I don’t think it’s a problem (not to have a winning car).

“The biggest thing for me is to think about the direction Formula 1 is going and I don’t think too much about how competitive we’ll be next year as it is impossible to predict.

“It is just about the sport.

“When you see again the grid in Canada there were two Mercedes, two Ferraris, two Red Bulls, two Force Indias and two Renaults in Q3.

Alonso comes off the back of retirements in Monaco and Canada, ending a run of eight successive points scoring results stretching back to 2017.

It was his most successful run of results since rejoining McLaren in 2015, though the 36-year-old remains philosophical about his career, despite his comparative lack of recent success.

“No not really I think there are opportunities missed in the past, and we could have won probably four or five championships by I think seven points one time, and then three or something like that,” he responded when asked if he regretted not having more world titles to his name.

“But at the same time I feel extremely privileged to have this 18 years in F1 and I know there are drivers here that I race against, I see them on the track, I see their talent, I see their previous categories, and they’ve never even reached a podium.

“I see my teammate now (Stoffel Vandoorne), I see Nico (Hulkenberg), I see Carlos (Sainz); I see a lot of talented drivers that they didn’t score a podium.

“At the same time, we missed some opportunities as I said but I’m happy with the things that I’ve done.”