Geoff and Matt Brabham to race in Indy festival

Geoff and Matt Brabham to race in Indy festival 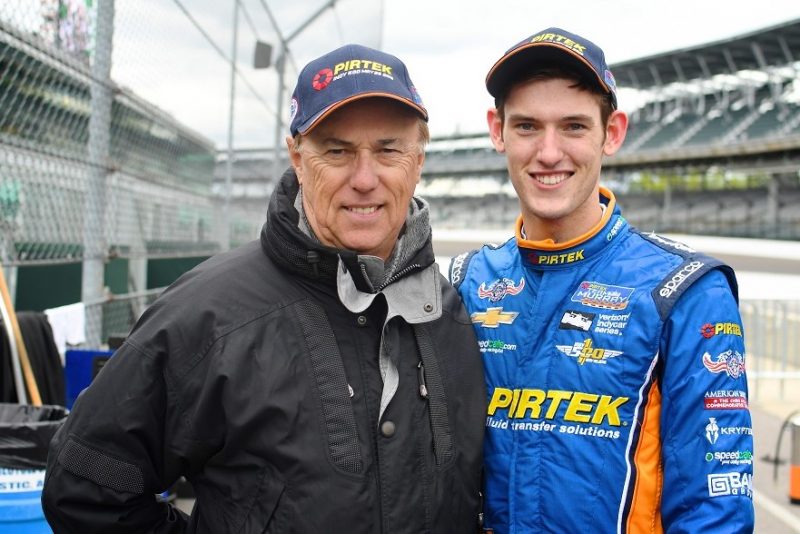 Geoff and Matt Brabham at the 2016 Indianapolis 500

Father and son Geoff and Matt Brabham will both race in this weekend’s Brickyard Vintage Racing Invitational in Indianapolis.

They will contest the Indy Legends Pro-Am, the feature race of the Saturday of the event.

The field is comprised of a range of ‘Group 6’ A and B production cars from 1963 to 1972, featuring Corvettes, Camaros and Mustangs.

Given their Pro statuses, the Brabhams will pilot separate cars.

Geoff will drive with Jody O’Donnell in a 1969 Corvette and Matt with Mike Donohue in a 1963 Corvette.

“I can’t think of a better way to spend (United States) Father’s Day than at the Brickyard with my dad,” said Matt.

“It’s such a fun event and to be here with my Dad is special. Hopefully we can both do well and maybe come away with a win this weekend. That would be very cool.”

Both Brabhams appeared at the event in 2016, with each bagging a win across the weekend.

Other names in the Indy Legends Pro-Am field this weekend include Paul Tracy and Al Unser Jnr.

Matt finished 22nd when he drove with Pirtek Team Murray in the 2016 Indianapolis 500, while Geoff achieved a best result of fourth in his 10 starts in IndyCar’s flagship race.