Dutton: Time for Triple Eight to hit its strides

Dutton: Time for Triple Eight to hit its strides 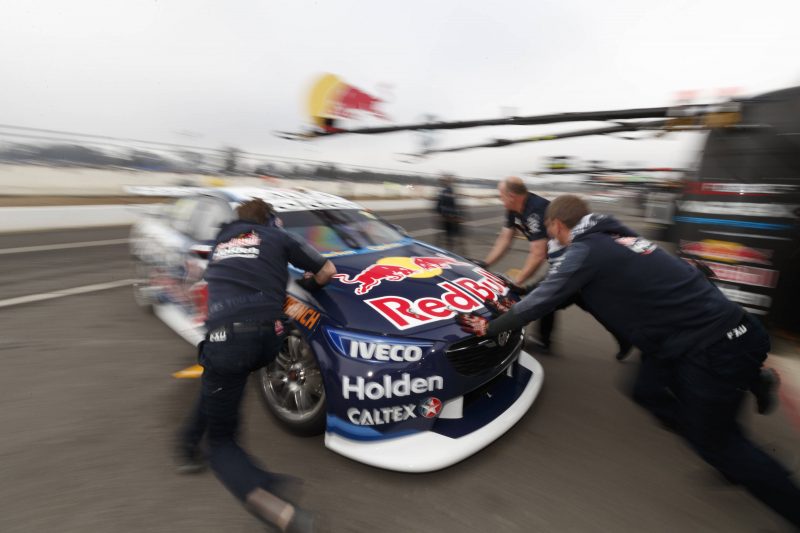 Triple Eight team manager Mark Dutton says it is time for his squad to find its form as it aims to re-ignite its championship campaign in Darwin this weekend.

The perennial championship contenders have struggled for consistency in recent events with its all new ZB Commodore, currently without a victory since Symmons Plains in early April, having scored five in the opening eight races.

Outright pace in qualifying has been an issue across all three cars as the squad continues to understand its new Commodore package.

Despite the win drought, the team has recorded five podiums in the last six races, with Shane van Gisbergen netting four to Craig Lowndes’ one.

However, Triple Eight is renowned for producing strong performances in the second half of campaigns which Dutton is hoping will occur this year.

“We need it (the second half of the season) to be (strong),” Dutton told Speedcafe.com.

“We are not shaping up too bad but we are definitely not exactly where we want to be, so we need to really hit our strides now, and get our consistency in both the qualifying and the racing for all three cars.

“It has been a fantastic start at the very beginning but we haven’t continued the momentum, so we are looking to build on that and get back to where we want to be and where we think we should be.”

The squad heads to Darwin feeling positive following a productive test at Queensland Raceway last week that saw the outfit analyse an extensive list of items.

Dutton hopes the gains found with the ZB Commodore can be translated at Hidden Valley Raceway and believes the test day could provide a turning point for his team.

“The analysis (of the data we gathered at the test) has been really good actually,” Dutton added.

“We think we have found some new things to test up in Darwin which will hopefully show rewards, but you can never tell until you are at the track though.

“Everything seems positive and we have got some good results from the test day.

“We think a bit more learning from what the ZB does and doesn’t like could therefore give us a better opportunity to translate that into qualifying performance.

“Definitely (a good test can turn a season) and we have seen that in the past.

“We are always doing a certain amount of testing at every track; the more known quantities you have means you are minimising that work at the circuit and you have a better opportunity to go with what you know at the track and have improved results.

“Having a really good test day can set you up well for the rest of the year.”