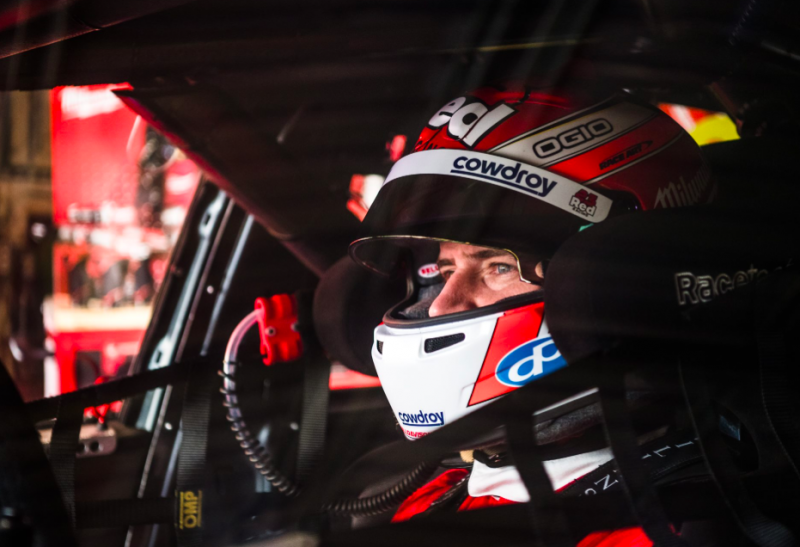 Will Davison has been involved in a race against time to be fit for this weekend’s CrownBet Darwin Triple Crown after suffering a fractured ankle in a training accident during the break between races.

The Milwaukee Racing driver rolled his left ankle while running last Wednesday, an incident that has seen the 35-year-old damage ligaments and fracture a bone.

In a bid to speed up his recovery Davison has been undergoing hyperbaric chamber treatment at a facility on the Gold Coast.

Hyperbaric oxygen therapy (HBOT) is a medical treatment which enhances the body’s natural healing process by inhalation of 100 percent oxygen in a total body chamber, where atmospheric pressure is increased and controlled.

Davison has arrived in Darwin wearing a moon boot but is fully expecting to compete this weekend despite battling through pain.

“It was just an early morning training session when I got 500 metres into a run and it was pretty dark and I slipped off the edge of a rain path and rolled it really badly,” Davison told Speedcafe.com.

“I felt a pretty loud crack and fortunately the ligaments have torn the end of the bone off, so I did a pretty good job of it.

“I have just been full-time working on trying to get it as recovered as possible.

“By hook or by crook I will be (ok), it is my left foot (so) obviously the starts and the pit stops, I will be focussed to be as comfortable as possible.

“Besides that I’m not overly concerned as I drove a go kart the other day.

“I have limited range of movement so I am going to have to change the way I push the clutch.

“I’ve got my physio coming to the race and if I do the correct warm up it should help it.

“Obviously I am speaking to Dr Carl (Supercars medical delegate) and we will just monitor it over the weekend.”

Davison expects to be unable to run for at least a month which has forced him to abandon his plans to compete in the Gold Coast half marathon on June 30 – July 1.

He currently sits 16th in the Supercars championship standings ahead of this weekend’s visit to Darwin.