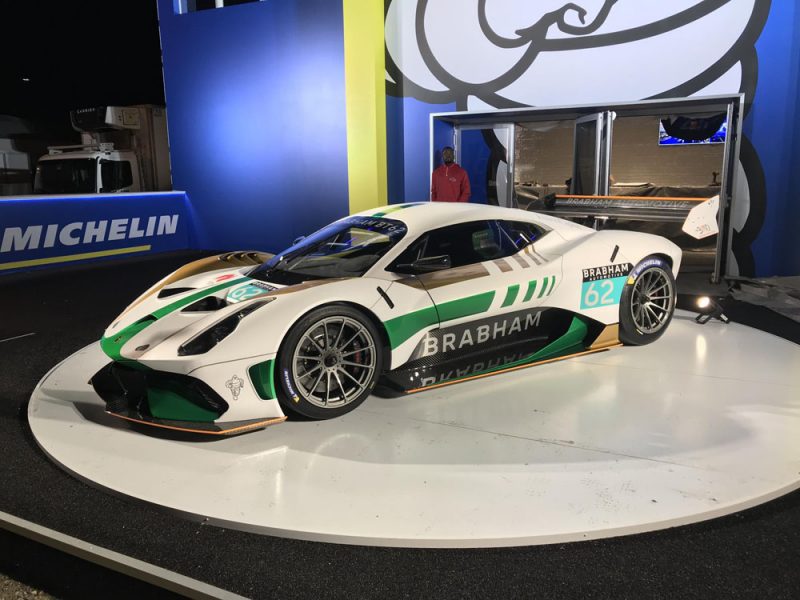 The Australian made Brabham BT62 has gone on display in the paddock at the Circuit de la Sarthe ahead of this weekend’s 24 Hours of Le Mans.

Launched last month by Brabham Automotive founder David Brabham, the track-only supercar is set to be manufactured in Adelaide.

Having been revealed in a green and gold, the BT62 features a racing-inspired livery and racing style numbers on its flanks.

Brabham has a long association with Le Mans, with David Brabham having won the race outright in 2009 and taking two further class victories in 2007 and 2008.

Geoff Brabham, father of Matt, has also claimed victory at the event winning with Peugeot in 1993.

Sir Jack Brabham also competed at Le Sarthe, recording a best result of third on debut with Cooper in 1957.