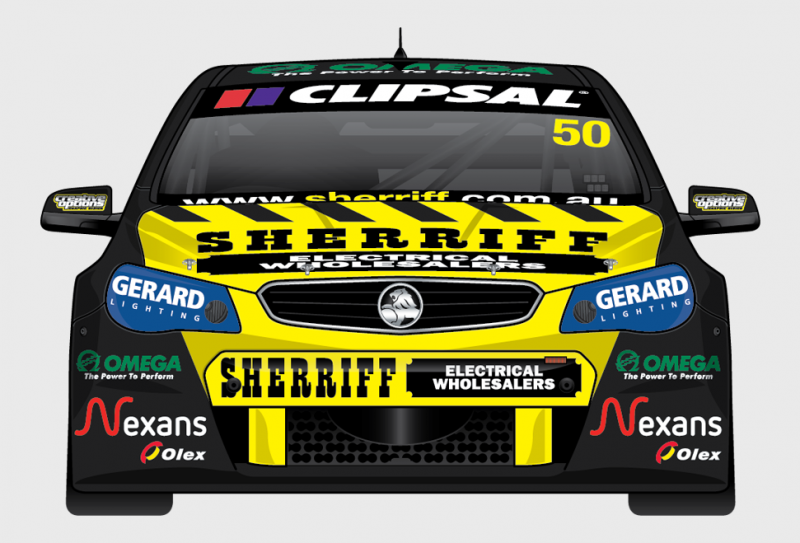 A new squad spearheaded by Gerard McLeod is planning to contest the remaining rounds of the Dunlop Super2 Series.

Kali Motorsport, based in Melbourne, has acquired two ex-Lucas Dumbrell Motorsport Triple Eight built VF Commodores with one set to make its first appearance at the WATPAC Townsville 400 next month, driven by McLeod.

The 34-year-old last featured in Supercars’ second tier when he ran a one-off entry at the Townsville event 12 months ago.

This year McLeod will replace the BF Falcon with an ex-Nick Percat VF Commodore that was guided to victory in the 2016 Adelaide 500. It will be backed by Sherriff Electrical Wholesalers.

Kali Motorsport will test at Winton to aid its preparations for Townsville on June 26.

Former team owner Lucas Dumbrell is involved in project through the use of former LDM machinery and workshop.

“Last year was a very last minute deal that came together literally within a week, we struggled with not having a test day and with troubles with the car all weekend,” said McLeod.

“This year we are fully prepared with a car that is current spec and ready to go so I can’t wait to have another crack in the series and see what results we can achieve.

“Although I haven’t been in the seat for a while I have been heavily involved in the sport for the past 12 months helping out the Kostecki Brothers, the new SuperUte series and with my brother’s MARC car program.

“We have a dedicated test day planned at Winton in the next few weeks so I’m sure I will find my feet pretty quickly and I am really looking forward to having a COTF spec car at my disposal after having worked on them for so many years.”

The operation is also building up a second Triple Eight VF Holden that is hoped to be ready for Bathurst in October which has been earmarked for a young rookie driver.

“The team is only in its infancy but we are currently building up a second ex-Triple Eight VF Holden Commodore that will be ready before Bathurst and we are currently speaking to a couple of young rookie drivers from F4 and the Toyota 86 series about entering the final couple of rounds.” added McLeod.

The squad will make its debut at the Townsville 400 from July 6-8.