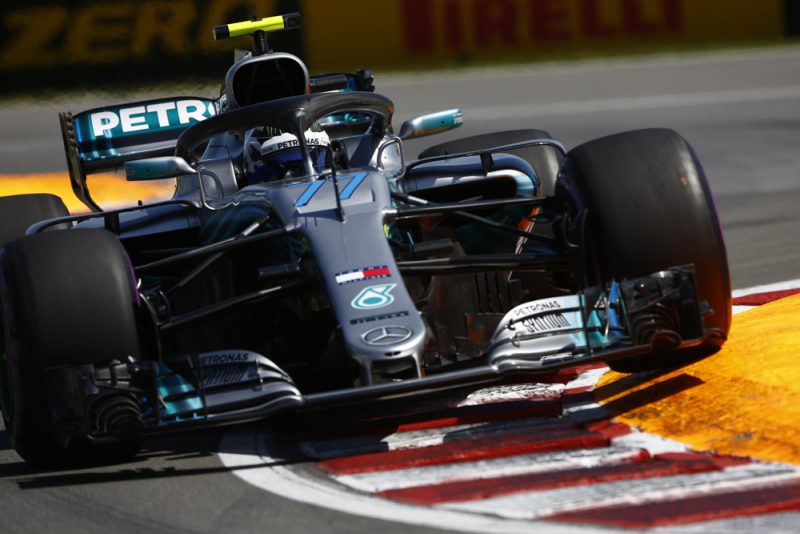 Mercedes needs to complete its Formula 1 engine upgrade as soon as possible according to Valtteri Bottas.

Team-mate Lewis Hamilton was only fifth after engine issues for the four-time world champ saw him fall behind Daniel Ricciardo during the pit stop sequence.

Bottas has suggested Mercedes’ weak point over the weekend in Montreal was the engine, and is urging his team to complete an upgrade to help restore the team’s advantage at the front of the F1 field.

“We need it definitely,” said Bottas after Sunday’s race.

“(It) showed that we are not quick enough. We definitely need it and we are going to get for the next race so that’s good.

“Since Lap 1 really (Ferrari) seemed to be a bit quicker all the time and they could control the race and were really pushing on it and we got into a little bit of trouble in the end, running out of fuel. That’s why Max (Verstappen) got close in the end.”

Mercedes had been scheduled to debut its upgraded engine in Canada, but elected to delay that until the next event in France after discovering what it termed ‘quality’ issues.

With drivers allowed just three engines for the season, and only two for parts of the hybrid system, engine reliability is critical.

Passing has proved difficult in 2018, making a grid penalty for an unscheduled change of a component all the more damaging to a driver’s chances.

It’s a point not lost on Hamilton, who struggled through the Canadian race with an engine that was down on power.

The 2017 world champion is critical of the current engine limitations, which have been made under the guise of cost cutting.

“The sport is going in the wrong direction in my opinion. I have so many different opinions about it,” Hamilton told Sky Sports.

“They need to fricking change these bleeding engines to save costs and then they spend more to produce it.

“I hope they don’t go to two engines next year because it’s just going to get ridiculous,” he continued.

“It was definitely a bit more fun when you had more engines I would say.

“The fact that a season could sway through reliability, I don’t think anyone wants to see that.

“I don’t think anyone wants to be cheated of that; you want actual true performance.”

Second in Canada saw Bottas climb to third in the drivers’ championship, while Hamilton slipped a point behind Vettel at the top of the standings.