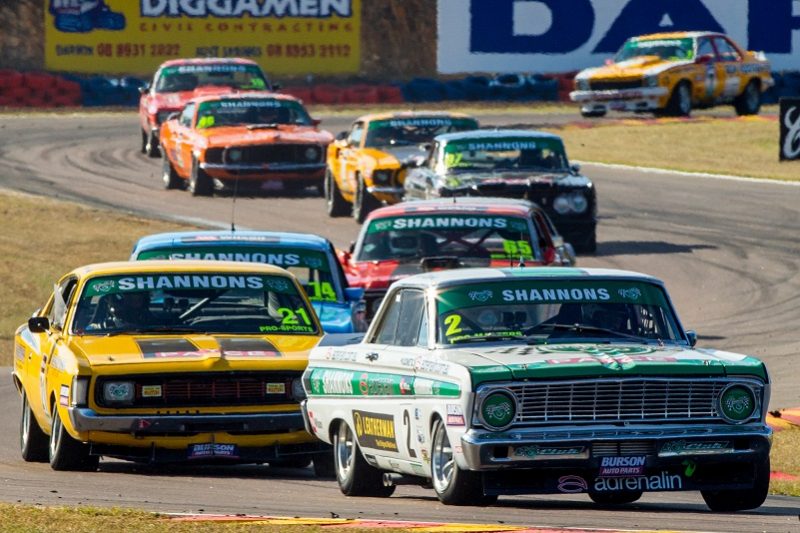 Jim Richards returns to the TCM field in Darwin

Jim Richards will make his first start for the year in the Paynter Dixon Touring Car Masters this weekend at Hidden Valley Raceway.

The two-time TCM series winner will race his Ford Falcon Sprint in Round 4 of the season in Darwin as part of a selective campaign in 2018.

The 20-car field also includes the return of Ben Dunn in a Chevrolet Monza and Allen ‘Cusso’ Boughen in a Mercury Comet.

Dunn debuted in Adelaide in the Monza which has been taken to victory in the past by Greg Ritter.

That event was also Boughen’s last start, where he suffered an engine failure.

Brett Curran also returns in his Ford Mustang Fastback while Yanis Derums, who is an ex-V8 Utes racer like Dunn, joins the field.

Johnson has won the TCM round at Hidden Valley for the past three years, and Bowe the three prior to those.

Practice and Qualifying take place this Friday at the CrownBet Darwin Triple Crown before four races across the Saturday and Sunday.