FEATURE: From Warwick to Le Mans

FEATURE: From Warwick to Le Mans 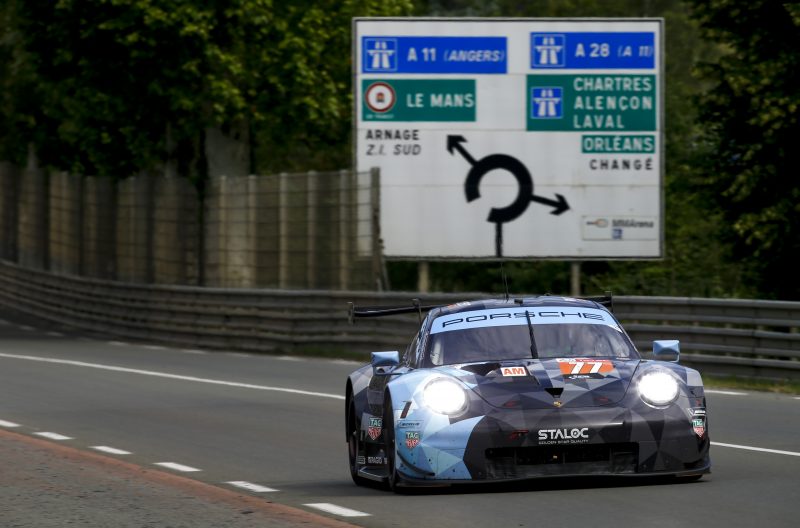 Four years ago he was trying to put his name on the Australian motorsport radar but this week Matt Campbell will race in arguably the biggest race in the world; the Le Mans 24 Hours.

It has been meteoric rise for a humble Queenslander from Warwick, who now calls Stuttgart, Germany home after landing a lucrative Porsche scholarship last year that has exploded his career onto the world stage. 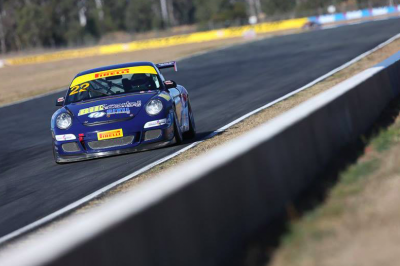 Campbell’s journey to Le Mans stretches back to 2014 after scraping together the budget to switch from single seaters to race in the Porsche GT3 Cup Challenge, resulting in Class B honours and fourth overall in the standings.

Then aged 19 it was clear the young gun had burgeoning talent, however fast forward four years, and even Campbell himself is shocked to be lining up on the Le Mans 24 Hours grid as a factory Porsche driver.

Now, 23, he will contest the biggest race of his career to date in the #88 Dempsey-Proton Racing GTE Porsche 911 RSR.

“If you told me a few years ago what I’d be doing now, I’d tell you, ‘you’re full of shit’. It’s pretty incredible,” Campbell told Speedcafe.com of his career rise in the lead up to this weekend’s Le Mans 24 Hours.

“Certainly it’s been hard along the way, but I don’t think I’d do it any other way.

“I’ve been incredibly lucky over my career. And now to be able to get to this point; especially so early. 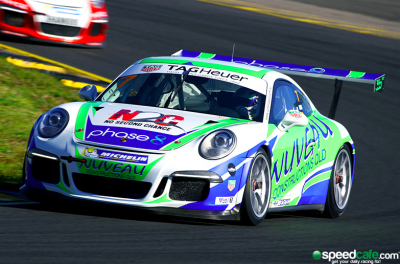 Matt Campbell during his run to the 2016 Carrera Cup title

“It was always a dream to be able to hopefully do that race one day. And now to be doing it, it’s a fantastic thing.”

Since announcing himself on the national scene in GT3 Cup Challenge, Campbell jumped to the Carrera Cup, courtesy of a program influenced by his grandfather Bill, who was instrumental in his early rise before he passed away on the eve of the season.

The scheme aimed to provide the young gun a platform to build a career in the sport which he wasted little time in doing.

A highly impressive third in his maiden season was obliterated the following year as Campbell swept to the title, winning 13 of the 23 races. 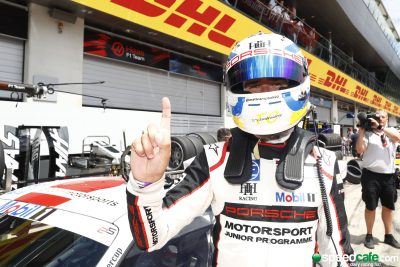 This caught the attention of Porsche in Germany who offered the champion a chance to take on a host of rising stars in a shootout competition in Europe, which he duly won to become a junior factory driver.

A year in the Mobil 1 Porsche Supercup was the reward for Campbell as he tackled the world’s best circuits including Monaco, Spa and Silverstone in the Formula 1 support series, winning four races on the way to third overall.

Having proven his worth to Porsche, racing at the iconic Le Mans 24 Hours is the next twist in his journey that has also included a run at the Nurburgring 24 Hours last month, and a full FIA World Endurance Championship program.

It is a prospect that will have the rising star pinching himself as he comes to terms with the achievement.

An onlooker last year as a guest of Porsche, he will experience the real thing this week with his Warwick family in tow.

The race will see Campbell mix with the likes of Formula 1 world champions Fernando Alonso and Jenson Button, who will make their debuts in top line LMP1 machinery. 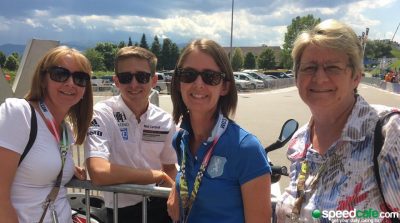 “I can remember sneaking to a grandstand to watch the start and I got goosebumps then, so I can’t imagine what it’s going to be like this year,” said Campbell.

“Obviously with helmet and suit on, so it’ll be a lot different, and should make the experience so much more special.

“It’ll be nice to have my family there for the biggest race of my career so far.”

Earlier this month Campbell experienced the famous 13.6km track for the first time when his Dempsey Porsche topped the times in the GTE Am class during the official test.

“It’s a lot different to what I expected,” Campbell said of the circuit.

“Obviously, being such a long lap, and high speed and everything like that, I thought it was going to take a little bit longer to get up to speed, but more than comfortable in the end.

“It’s quite unique, obviously, with the Mulsanne Straight being so long.

“It feels like you’re going forever, and really your speed isn’t that high, because obviously it’s so long, and it is quite wide, so you don’t get I suppose, the perspective of how fast you’re actually going. But, obviously the experience was fantastic.

“It’s a pretty special place, that’s for sure.” 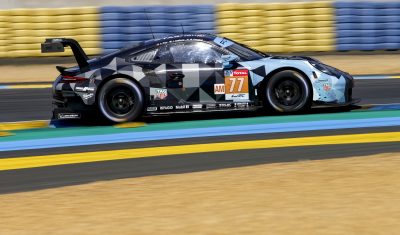 Campbell will have to avoid the many pitfalls at Le Mans

Reaching the finish is half the battle at Le Mans with Campbell facing the prospect of dealing with faster traffic from the LMP1, LMP2 prototypes and the GTE Pro cars in both day and night time conditions.

“The biggest thing, especially for us and the GTE car, is just keeping that average lap time up as high as possible,” he added.

“You have to try and manage the traffic, with the faster cars passing you, so you don’t lose too much time, and just try to be as efficient as possible.

“There are so many cars; in the field I think there’s 55 or something crazy like that.

“It’s just about keeping out of trouble. And really trying to manage where you pass, or you’re letting cars pass you, so you’re not losing time.”

Keen to soak up the razzmatazz of the event, there is a strong possibility of contending for class honours which Campbell is keeping to the back of his mind.

“Obviously, it’s a very special week of the race, a lot of commitment,” he said.

“You’re there from the Sunday before the actual thing, so it’s a long week and something that’s quite unique.

“(Firstly) to get to the finish (is the target). 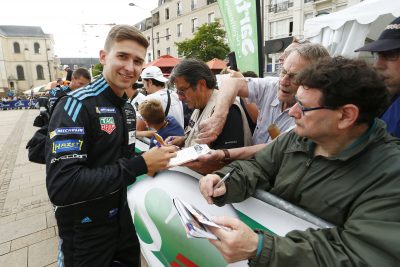 “You never know what the other competition is showing, or not showing. So that makes it hard.

“But I think we’ve proven this year that we’ve had very good pace, and in the official tests over the weekend.

“She’s a long race, and Le Mans can throw anything at you, which is proven in the past. So we’ll just keep ticking over the laps, and see where we end up at the end of the day.”

Campbell is not the only Australian competing in the 86th running of the French classic.

Alex Davison will race against Campbell in the Gulf Racing GTE Am Porsche, while 22-year-old James Allen is set to drive a G-Drive Racing prototype in LMP2.

Practice and opening qualifying for the race begin tomorrow with the race set to start at 2300 (AEST) on Saturday night.