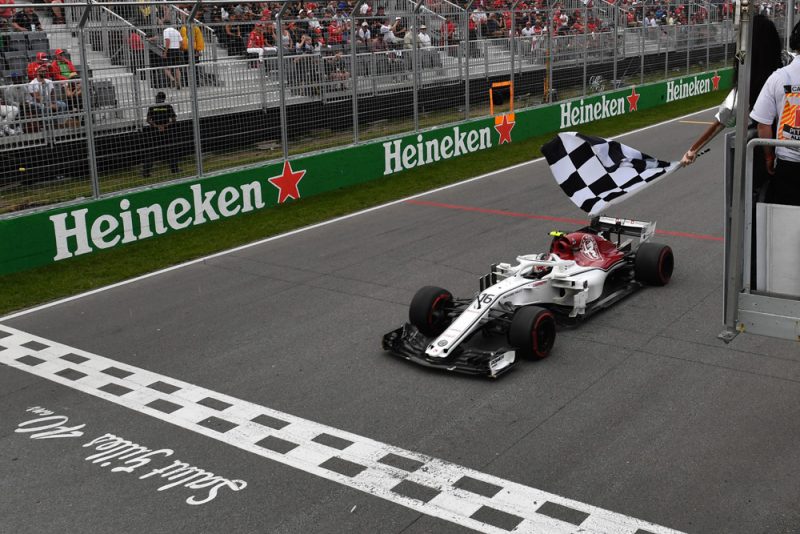 Formula 1 race director Charlie Whiting has moved to explain why the chequered flag was shown early at the Canadian Grand Prix.

Waved by model Winnie Harlow, the flag was shown to Sebastian Vettel at the end of the 69th lap – one lap too early.

It saw the results wound back by two laps, so the official results were taken from the end of Lap 68.

While that had no impact on positions inside the top 10, it did cost Daniel Ricciardo fastest lap.

Regulations stipulate that, should the chequered flag be shown incorrectly, results are taken at the point when the leader last crossed the control line prior to the flag being shown.

Race director Whiting has since moved to explain that a breakdown in communication led the to gaffe.

“The chequered flag was shown a lap early because of a miscommunication with the guy that they call the starter here, who starts and finishes the races,” Whiting explained.

“He thought it was the last lap, he asked race control to confirm it, they confirmed it, but they thought he was making a statement when he was asking a question.

Despite the mistake, drivers continued to race as around the circuit marshals began waving their own flags as their traditional way of heralding the race winner.

“This is part of the confusion,” said Whiting.

“Sometimes marshals wave all their flags to congratulate the winner, and some of them were doing that, because they thought the race had finished too.

“Presumably they’d been told that the chequered flag had been shown, but the fact that it had been shown early, they didn’t know that of course.

“If all the marshals had started coming on the track when the guys were still racing, which is what I believe happened somewhere else in the past, that’s something that if this ever happens again we need to make sure we can take care of that.”

Whiting suggests part of the problem may be the way laps are counted on television graphics, which were shown around the circuit on big screens.

“I think people who don’t work in F1 are sometimes a little confused by the graphic that they see on the screen where it says 69 out of 70,” he suggested.

“We all know that means we’re on Lap 69, but to someone who let’s say is more casual observer thinks ‘Oh, this must mean it’s the last lap.’

“I think that’s where the doubt originates. Obviously we need to do a better job of briefing these people.

“Just a simple miscommunication, a very regrettable one of course.

“Of course we strive for perfection. Fortunately there was no real harm done, insofar as it didn’t affect the result of the race.”