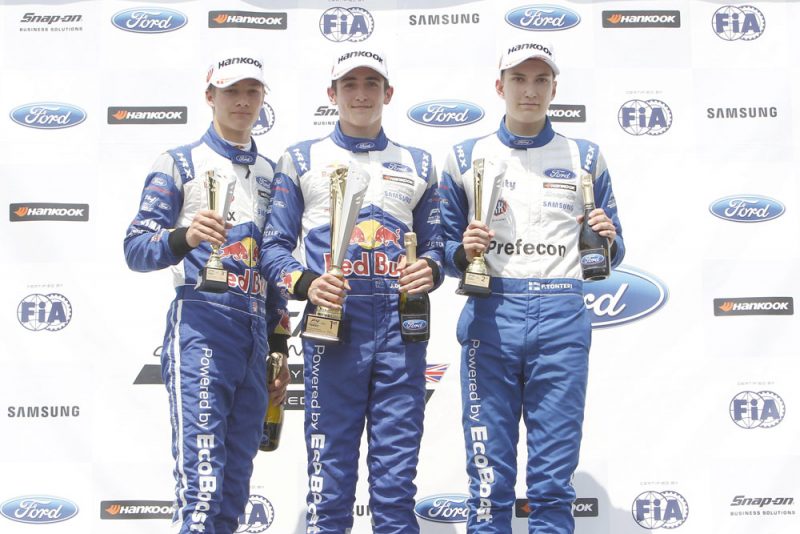 Jack Doohan claimed a fifth Rookie Cup race win of the season and moved to third in the British Formula 4 Championship fight after a podium at Oulton Park.

Dennis Hauger won the first of British F4’s three races over the weekend, benefitting from a time penalty to Kiern Jewiss who had seen the chequered flag first.

The penalty came after Jewiss and Hauger, who’d been locked in battle throughout the race, made contact on the penultimate lap.

Doohan ended the race fifth, before progressing to second in a tense Race 2 which was won by Ayrton Simmons.

Doohan, Simmons, Jewiss, and Paavo Tonteri scrapped for the lead throughout.

The Aussie then slipped to sixth in the final race as Jewiss, Pasma, and Tonteri locked out the podium places.

The next round of the British F4 Championship is at Croft on June 23-24. 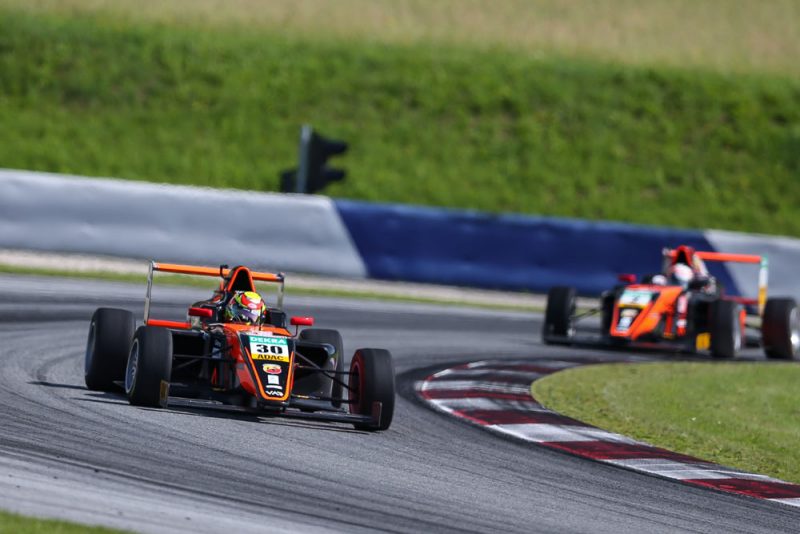 Liam Lawson claimed his third German Formula 4 win of the season as the championship reached the Red Bull Ring in Austria.

The New Zealander won the final race of the weekend from Frederik Vesti and Niklas Krutten, having banked third in the opening race.

He then fell to sixth in Race 2 before bouncing back for victory, which has seen him rise to second in the championship. 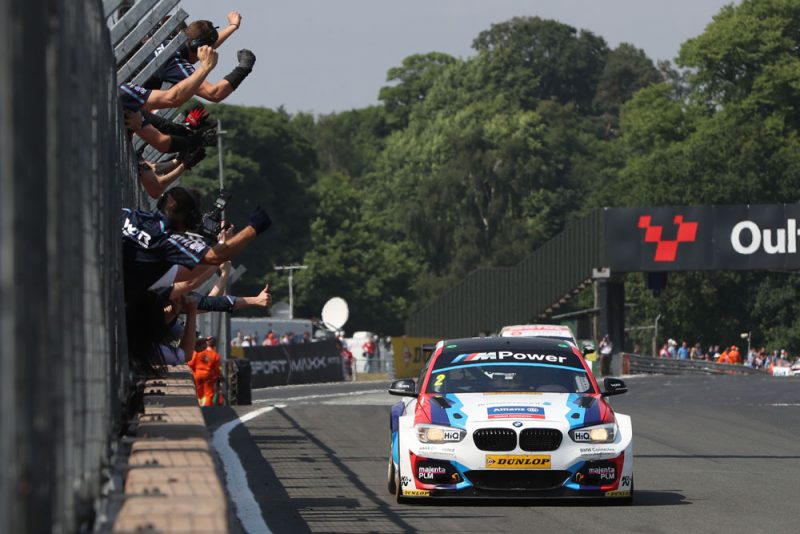 Rob Collard headed a BMW 1-2-3 in the final BTCC race at Oulton Park with Andrew Jordan and Colin Turkington rounding out the podium.

A strong start gave Collard the lead over pole-sitter Rob Austin, the pair running clear out front before a differential failure ruled Austin out of the contest.

A red flag was triggered after a massive shunt for Chris Smiley, Tom Oliphant, Daniel Lloyd, and Rory Butcher.

None of the four were injured but the stoppage saw the race reduced to 12 laps.

In the opening race, Matt Simpson dominated proceedings to claim his maiden BTCC race win, leading Tom Chilton and Jordan to the flag.

Turkington then took out the weekend’s second race over Matt Neal with Chilton third, with the BMW driver now leading the points standings after 12 races.

The BTCC moves to Croft for its next event on June 23-24. 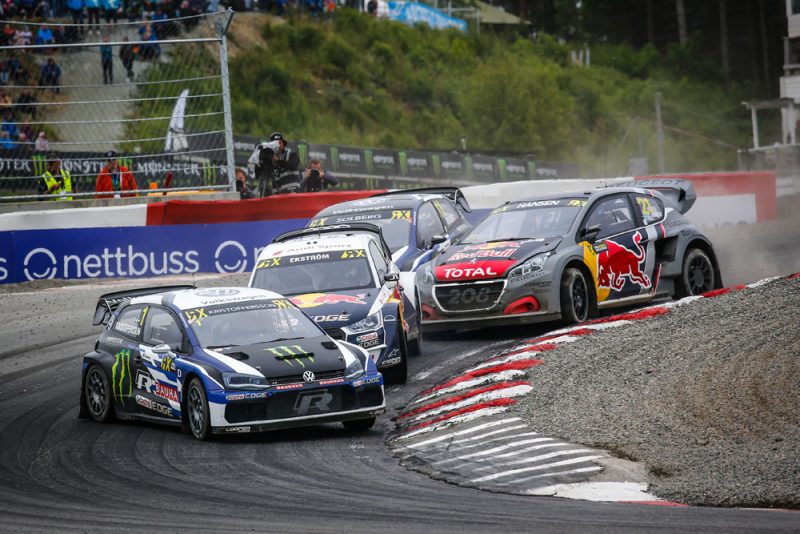 A clean sweep for Johan Kristoffersson has seen the Volkswagen driver score maximum points at the Norwegian round of the World Rallycross Championship.

The Swede won each of his four qualifying races, before also taking out the semi final and final.

He’s just the second driver in WorldRX history to achieve a perfect score for a round.

Joining Kristoffersson on the podium was Mattias Ekstrom and team-mate Petter Solberg.

Ekstrom had looked set to claim victory in the final before Kristoffersson pulled clear as they headed into a final joker lap.

After five rounds Kristoffersson holds a 31 point advantage over Sebastien Loeb in the title hunt after the Frenchman missed out on a berth in the final.

The sixth round of the championship takes place at Holjes Motorstadion in Sweden on June 30-July 1. 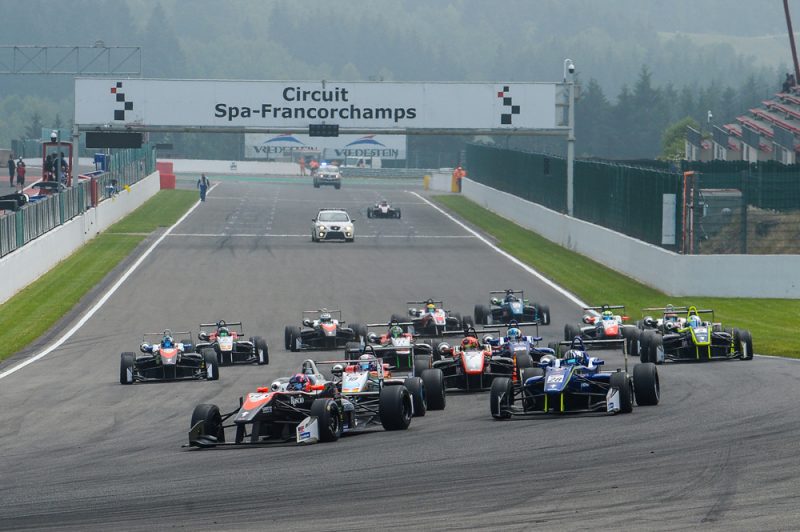 Qualifying eighth for the opening race, Williams moved forward despite a Safety Car interruption when Cameron Das and Marcos Siebert came together at Les Combes on Lap 7.

The crash, which happened as they squabbled over the lead, allowed Felipe Drugovich to head an all-Brazilian podium from Matheus Iorio, and Guilherme Samaia.

Williams then slipped back in the second race as series leader Drugovich again claimed victory, this time from Alex Karkosik, and Bent Viscaal.

After three rounds Drugovich has 151 points in the title race, 68 points clear of his nearest rival Iorio, with Williams picking up his first points of the season in Race 1.

Hungaroring is the next port of call for Euroformula Open on July 7-8. 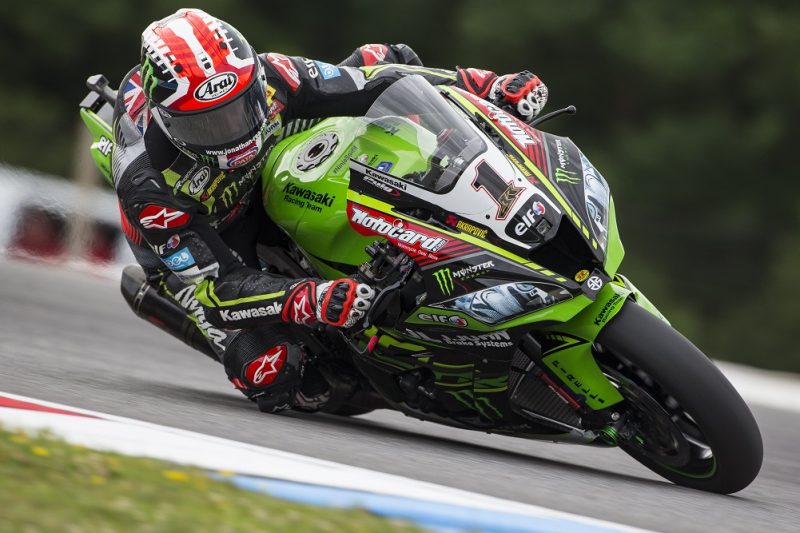 Jonathan Rea made history in becoming the most prolific World SBK race winner in the Saturday race at Brno but failed to finish on the Sunday after hitting his team-mate.

There was an early red flag when Michael Ruben Rinaldi (Aruba.it Junior Ducati) crashed and damaged an air fence, but once the race resumed Rea picked off Sykes in three corners and gradually pulled away.

The win was the Brit’s 60th in the championship, moving him clear of Carl Fogarty.

Alex Lowes achieved his first win in the Sunday race, a fortnight after Pata Yamaha team-mate Michael van der Mark did the same.

They ended up finishing one-two after an early battle for the lead with each other, and then an error from Marco Melandri (Aruba.it Ducati) while out in front on Lap 5.

Rea’s DNF was his first in 18 races dating back to late last season but he still comfortably leads the championship, by 65 points.

Aussie Ant West was seventh in the World Supersport race.