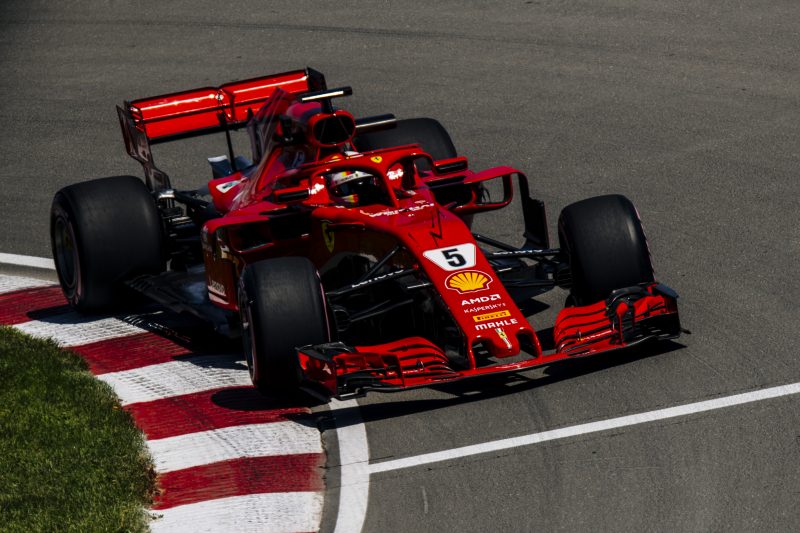 Sebastian Vettel produced a faultless lights-to-flag drive to score a convincing victory at the Canadian Grand Prix and take the lead in the championship.

The Ferrari driver made no mistakes from pole position to hold onto his advantage at the start as Mercedes’ Valtteri Bottas fended off Red Bull’s Max Verstappen for second.

Hartley found himself on the outside of a fast starting Stroll, who momentarily slid wide at Turn 5, resulting in contact with the Toro Rosso that had started from 12th on the grid. 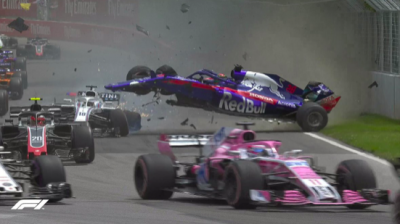 The clash saw forced Hartley to ride up the barriers briefly before being pitched across the road as both he and Stroll careered into the barriers at Turn 6.

Both drivers climbed from their cars although Hartley was transferred to hospital for precautionary scans.

However, at the front Vettel proved untouchable leading every lap of the race to take the chequered flag which was mistakenly waved a lap early.

The victory has seen the German assume the championship lead by a point from Mercedes’ Lewis Hamilton.

Bottas emerged as Vettel’s nearest rival closing to within three seconds of the Ferrari early in the race before the lead extended to 5.8s after the lead group completed their one and only stops.

He produced a charge in the final 15 laps that saw the Finn threaten to provide a grandstand finish, but a lock up forced him wide at Turn 1 which undid his hard work.

In the end, Bottas was left to settle for second spot while the final podium place was claimed by Red Bull’s Verstappen.

The Dutchman briefly attacked Bottas for second on the opening lap but that was as close as he came to improving upon his grid position in what proved to be relatively lonely race.

Team-mate Daniel Ricciardo made the most ground of the top six runners as he leapfrogged Kimi Raikkonen (Ferrari) on the start before then jumping Hamilton in the pits for fourth.

The Monaco Grand Prix winner held off the Brit, who struggled for much of the race, although he did come under pressure in the final laps as Hamilton homed in on the Australian.

Ricciardo did just enough to hold Hamilton for fourth.

Raikkonen finished in sixth having been unable to match the pace shown by his opposite number Vettel.

Nico Hulkenberg scored valuable points in seventh ahead of Renault team-mate Carlos Sainz, who was involved in an earlier clash with Force India’s Sergio Perez.

The incident at Turn 1 saw Perez drop to 13th where he remained at the finish, before being demoted to 14th due to an earlier classification of the results due to the premature chequered flag.

Toro Rosso’s Pierre Gasly drove from the final row of the grid after an engine change to 11th in front of Romain Grosjean, who came from last to 12th position for Haas F1.

McLaren’s Fernando Alonso was the only other retirement from the race after suffering a loss of power on lap 43 of the race.

The championship heads back to Europe for the return of the French Grand Prix at the Paul Ricard Circuit from June 22-24.