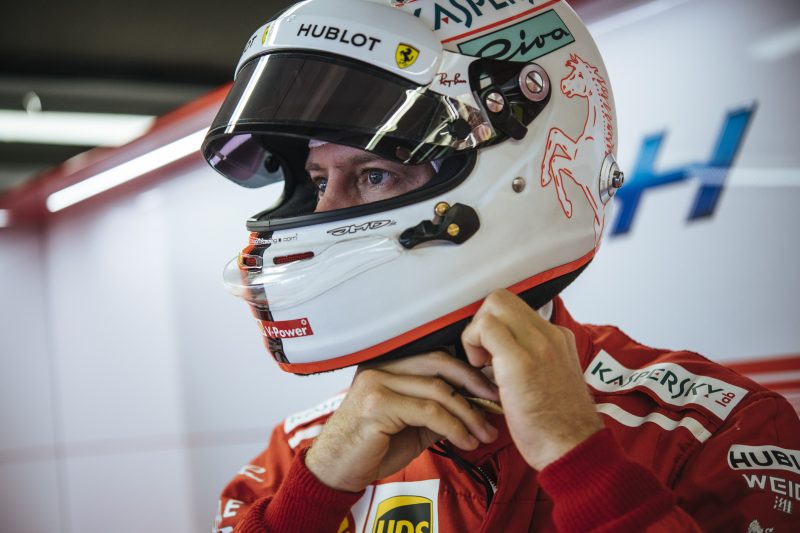 Sebastian Vettel was concerned a premature chequered flag would cause a track invasion while cars continued to race in the closing stages of the Canadian Grand Prix.

The chequered flag was waved a lap early which caused confusion among drivers and fans at Montreal as results were backdated to lap 68 instead of the scheduled 70 lap distance.

Model Winnie Harlow was charged with waving the flag but has since said she was following instructions from officials after the error.

Vettel had controlled the race from the start on his way to collecting a third win of the season.

However, the Ferrari driver admitted the early finish initially caused confusion before worries set in that it may spark spectators to rush onto the track and begin celebrations.

“But if you lose radio and maybe the pit board is not there, then you back off, and being in the lead, you hope all the others back off as well!

“I was just worried, I told them on the last lap, so people don’t jump on the track, waving flags and celebrating, because we are still going at full pace.

“I even watched on TV (on a trackside big screen) and after I saw the chequered flag it said ‘FINAL LAP’ (on the TV graphics), so then I was a bit confused.

“I told them that I think the race isn’t over yet, and they said, ‘no no no, keep pushing’.

“Some of the marshals were already celebrating – they peaked a bit early.”

The chequered flag gaffe means Red Bull’s Daniel Ricciardo lost his fastest lap which was set after the official results were taken on lap 68.

As a result, the sister Red Bull of Max Verstappen received the honour.

Force India’s Sergio Perez was also demoted from 13th to 14th despite having overtaken Haas F1’s Kevin Magnussen on lap 69.

Several drivers found the situation confusing including Renault’s Carlos Sainz, who witnessed rivals slowing down early only to realise the race was still on.

“I lost four or five seconds, because Kimi (Raikkonen) saw it and was slowing down in front of me,” said Sainz, who finished eighth.

“Then he saw it was not the chequered flag and he picked up the pace again.

“I arrived to Turn 2 and all the marshals were waving the flags – I knew they were wrong, I didn’t slow down, but Kimi did in front.

“I didn’t see the chequered flag, because I wasn’t looking at it, and I didn’t expect it.”