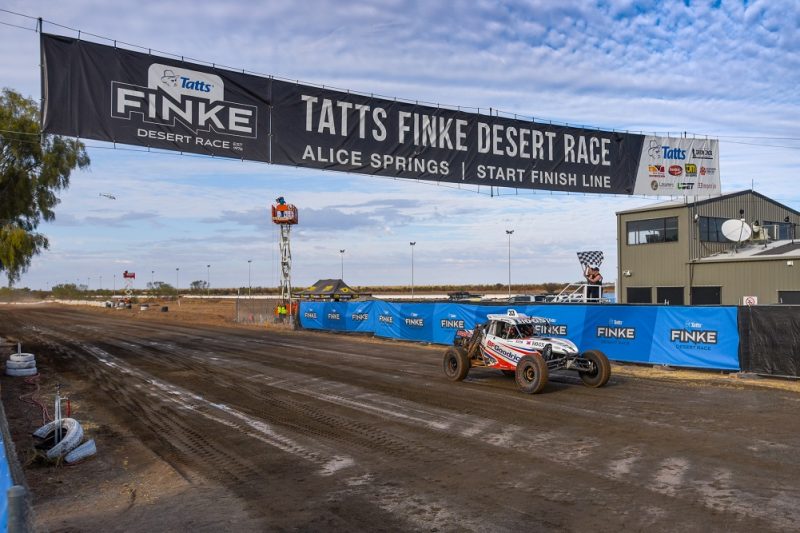 The Rentschs cross the finish line in Alice Springs

Shannon and Ian Rentsch have converted an overnight lead into a record sixth triumph in the Tatts Finke Desert Race.

The Victorian father/son duo (#33 Jimco Aussie Special Nissan 3500cc) were fastest in each of the Prologue, the leg down to Finke, and the return to Alice Springs, setting a time of 1:48:39.5s in the latter.

“We had a good run down, really clean. This year it was a massive advantage starting on pole,” said Rentsch.

“To prologue first, and then down first and back first, is pretty special and it’s up there as one of the best runs we’ve done.”

Toby Price and Jason Duncan sat within three minutes in second position at the overnight stop but the former’s hopes of pulling off the Iron Man double were dashed when the #487 2017 Geiser built 6L V8 Chev 360cc stopped between Mount Squires and Bundooma with a power steering pump failure.

Jack Rhodes/David Pullino (#91 Jimco Aussie Special Nissan), who rolled during the Prologue, improved four positions to finish third having set the second-fastest time of the day.

With Finke also forming Round 2 of the BFGoodrich CAMS Australian Off Road Championship, Shannon Rentsch’s win puts him on top of the table.

The third and final round is the Rainbow Desert Enduro on August 10-12. 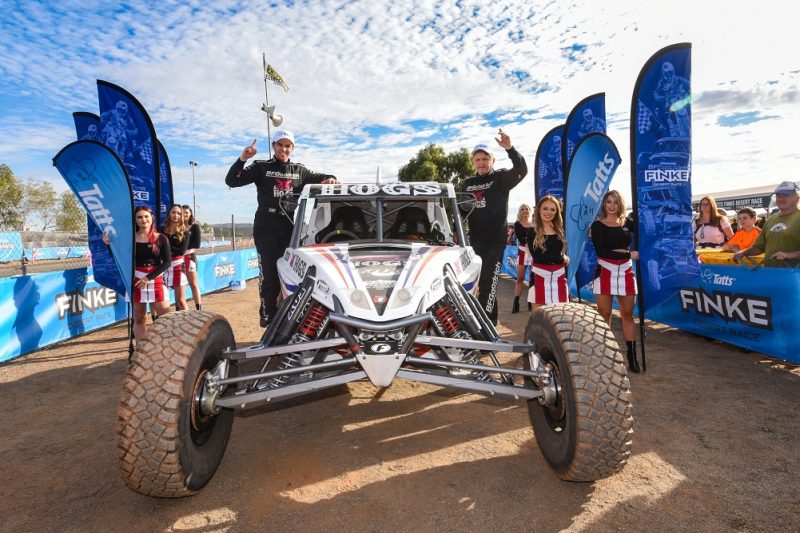