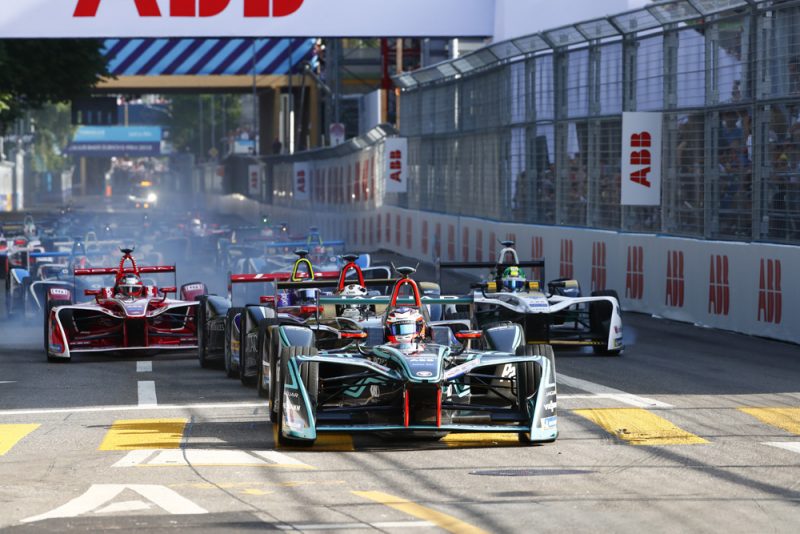 Lucas di Grassi has won his first Formula E race of the season in Zurich in a race that saw a number of drivers hit with penalties.

After a slow start, di Grassi moved forward throughout the race, passing Mitch Evans for the lead at the start of Lap 18.

The Brazilian then held his advantage through the pit stop phase, before the chasing pack were slapped with penalties for speeding under a full course yellow.

Felix Rosenqvist had nosed into the barriers at the first corner, dropping his front wing as he recovered which was subsequently run over by both Jean-Eric Vergne and Jerome D’Ambrosio.

With debris littering the circuit, a full course yellow was triggered; a period during which officials deemed Evans, Vergne, Andre Lotterer and Sebastien Buemi all exceeded the speed limit.

As the group trickled through the lane Sam Bird rose to second, d’Ambrosio recovering to third.

Buemi used his FanBoost late in proceedings to pass Evans for fifth.

Nick Heidfeld demoted the pole-sitter another position before the end and Evans took seventh at the flag.

An opening lap incident ultimately accounted for Nelson Piquet, who was able to continue sans rear wing only to eventually park his Jaguar with 20 laps on the board.

Nico Prost, Luca Filippi, and Edoardo Mortara were also casualties of the 39 lap race, the first motor race in Switzerland since 1955.

By finishing second, Bird closed the championship deficit to Vergne by 17 points, the Frenchman holding a 23 point advantage with two rounds remaining.

The next round, a double-header in New York, will be held over the July 14-15 weekend.