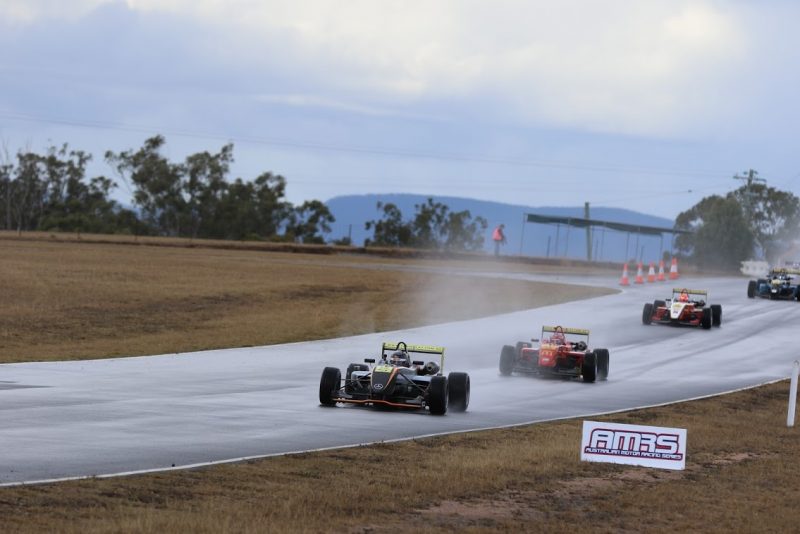 Harrison Jones claimed the round victory Australian Formula 3 Premier Series at Round 3 of the Australian Motor Racing Series at Morgan Park.

After winning Race 1 from pole on Saturday, Jones backed up his result by standing on the top step of the podium in Race 2 ahead of title rival Cameron Shields.

Shields, however, returned favour in the third and final race of the weekend, leading off the line to take the chequered flag at the end of the 15 lap encounter in wet conditions.

Richard Peasey was second in Race 1 before finishing third in the remaining races. 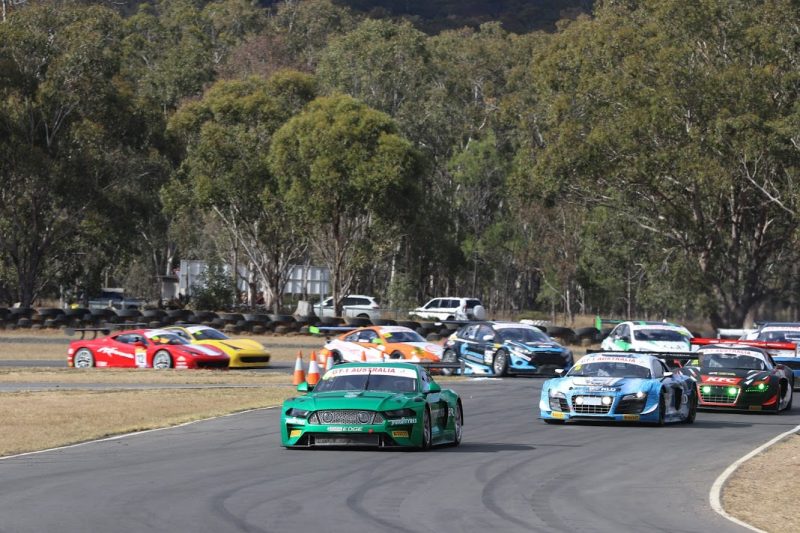 Jake Camilleri converted his pole position into a pair of race victories in GT-1.

Race 2 was marred by a significant incident between Adam Hargraves and Jason Busk, with the MARC I drivers coming to blows at Turn 4.

James Burge won the opening two races of the weekend in the Legend Cars before retiring in Race 3, breaking a 12 race long winning streak.

Burge headed home Ben Jagger in Saturday’s pair of races, but a broken axle forced the former out of contention in the reverse grid Race 3, with Zane Morse picking up the pieces to cross the line first from Jagger.

Jagger then went on to win Races 4 and 5.

Ric Shaw completed a clean sweep weekend in the Mazda RX8 Cup despite dropping back in a wet Race 4.

Shaw dominated the first three hit-outs of the weekend, however, a slow start in the fourth and final race left him fifth in sodden conditions.

The experienced racer managed to work his way back towards the front of the field, though, heading home Aaron Prosser and Stephen McLaine who were also front runners for much of the weekend.

Round 4 of AMRS takes place at Wakefield Park from August 17-19.