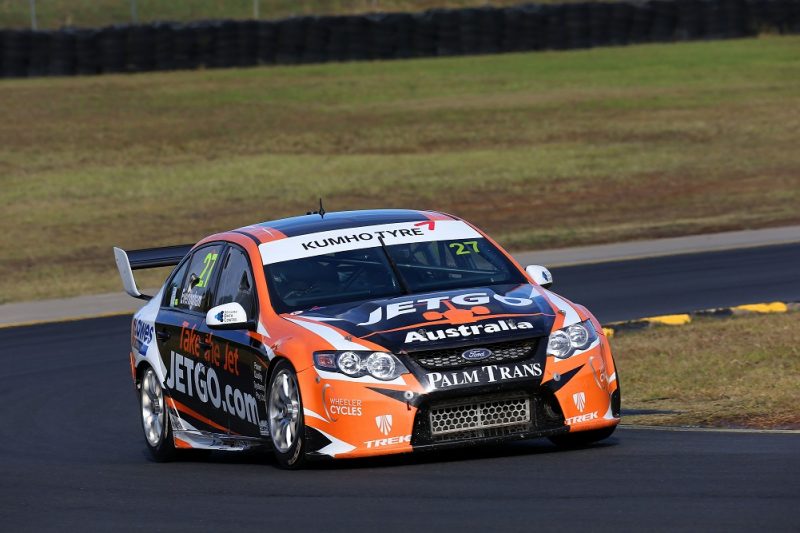 Everingham’s second race of the weekend was similar to his first, losing the lead off the line with a poor start in the #27 FG Falcon but fighting back to take victory.

He dropped to third off the grid and ran well wide at Turn 4 on the first lap but passed McCorkindale on Lap 6, by which time Zak Best (#78 FG Falcon) was about 1.6s up the road.

Everingham nevertheless took victory when he passed his MW Motorsport team-mate at Turn 2 on the 10th and final lap.

Best finished second having not been able to re-pass when Everingham then had a big slide at Turn 05, Jim Pollicina took third, and McCorkinale was fifth with his #69 BF Falcon becoming stuck in fifth gear.

With the track wet for Race 3 and most on wet tyres, McCorkindale jumped from third to first when the lights went out, ahead of Pollicina, Best, and Everingham, the latter of whom battled to get going again.

McCorkindale got out to a lead exceeding four seconds halfway through the four-lapper and had enough in reserve despite the MWM youngsters closing in at the end on a drying track.

Best finished second and Everingham third, while Pollicina was fourth from the end of Lap 1 to the chequered flag.

Everingham leads the series ahead of Round 4 at the Coates Hire Ipswich SuperSprint on July 20-22. 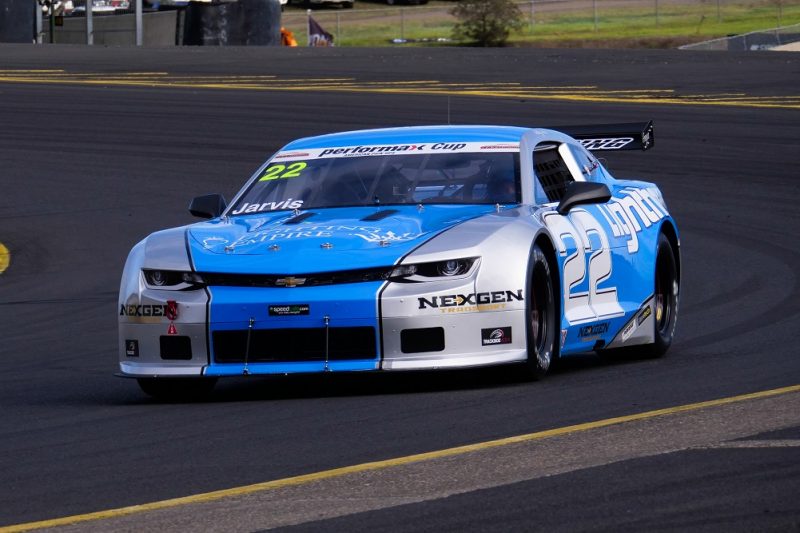 Ashley Jarvis has gone four from four with two more wins in TA2, one straightforward and one far more challenging.

Jarvis won Race 3 in lights-to-flag fashion as Aaron Seton drove from 11th on the grid, where he finished Race 2 after gambling the wrong way on slick tyres, to run third by the end of Lap 6.

Race 4 saw a long battle between Jarvis and Seton, who was second by the end of Lap 3 but couldn’t manage to find a way past the man who had been unbeaten to that point of the weekend.

Wright was a distant third but that was good enough to extend his series lead over McAlister to five points, with Jarvis now another seven behind in third.

Round 4 takes place with the Two Days of Thunder at Queensland Raceway on June 23-24.

Mogg started from first position and put 2.5s on the field in one lap alone in his ex-Holden Racing Team Walkinshaw VL Commodore.

Rain which started to fall around the halfway mark saw several run off or spin with both David Towe and Garry Kirwan, who had both been on a charge, coming to grief at Turn 05 on Lap 7.

Ed Singleton was also caught out on the final lap while third.

Frank Binding ended up finishing second in an XD Falcon, ahead of Towe in a JPS BMW M3.

Tilley took victory over Christopher Thomas (Holden Torana) and Wilkinson in Race 3 of the weekend.

Race 4 went the way of Wilkinson, ahead of Thomas and David Wall (HQ Monaro).

As he did in Race 1 a day earlier, Seabrook led all the way in Race 2 to take victory ahead of Geoff Morgan (Porsche Carrera 911) and Doug Barbour (Porsche 911 Carrera).

Thomas Randle made it three from three in Sports Sedans.

Randle won Race 1 on Saturday from the rear of the grid but had a much easier run in Races 2 and 3, winning them by 5.1s and 4.0s respectively.

Steven Tamasi picked up results of second and third, while Tony Ricciardello was runner-up in the finale.