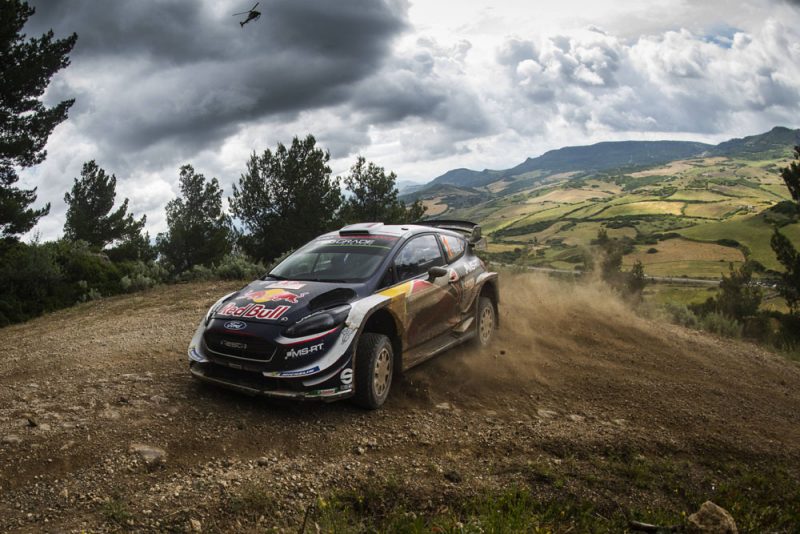 The battle for the lead of Rally Italia Sardegna between Thierry Neuville and Sebastien Ogier closed to just 3.9 seconds following Saturday’s seven stages.

Holding an 18.9 second advantage from Friday, Ogier initially extended that advantage before a slow run through the day’s third stage saw that cut dramatically.

There was further drama for Ogier as the Frenchman stalled on the next time, only for Neuville to suffer a puncture a stage later.

The leading duo have eased out a moe than 50 second advantage over Esapekka Lappi in third, the Toyota driver initially challenged by team-mate Jari-Matti Latvala.

An alternator issue, caused by a rock strike, saw Latvala’s charge dwindle as he came to a stop in the liason section back to Alghero.

That promoted Hayden Paddon into fourth, the Kiwi ending the day with a narrow 2.1 second advantage over Mads Ostberg.

The rally is set to conclude on Sunday with four stages to the north of Alghero before the beach side Power Stage.