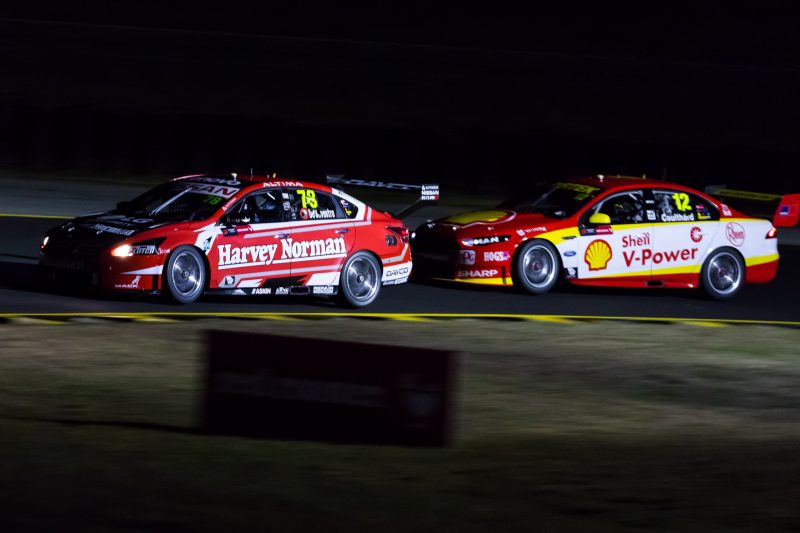 Supercars will use the full Sydney Motorsport Park GP circuit at the inaugural Red Rooster Sydney SuperNight 300 following a backflip from organisers.

The championship had announced that the shorter 2.8km Druitt layout would be used for the August 3-4 event with the logistics of lighting the venue cited as the rationale.

Use of the shorter track which bypasses Corporate Hill by way of a link road from Turn 4 to Turn 8, decreasing the track length by 25 percent, was criticised by drivers, who claimed it would provide a lack of overtaking opportunities.

However, organisers have now decided to switch the event to Sydney Motorsport Park’s 3.93km circuit with 60 lighting towers being installed to light up the venue.

The decision follows a move to bring in the popular knockout qualifying system and expand the action to Friday, where the Supercars grid will conduct a practice session under lights to acclimatise to the conditions.

Drivers will compete for 300 points that will be on offer to the winner of Saturday night’s 300km race which is scheduled to begin at 1920 AEST on August 4. 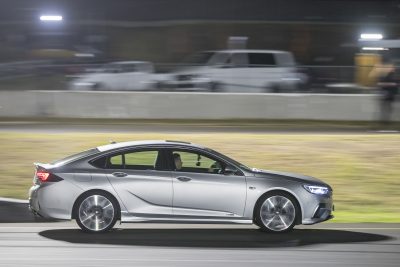 A further lighting test was completed on Monday with 2010 champion James Courtney driving a road going Commodore around the circuit.

The Mobil 1 Boost Mobile Racing driver, who won Supercars’ last night race at Abu Dhabi in 2011, believes the full circuit will provide a spectacle for fans.

The last time Supercars held a night race on Australian soil was at Calder Park in 1997.

“Anything under lights looks better and racing cars will look fantastic, with the flames out of the exhaust and the brake disks glowing red. It adds a lot more drama to it all,” said Courtney.

“It’s going to be great running the full circuit, we do in the daylight and have always had great racing, so it’s going to be even better of a night.

“I think it will be an excellent event, it’s definitely going to be quite a spectacle and something very different which we haven’t done for many, many years.

“Being the last person to win a race under lights is a nice tag to have and hopefully I can roll that into this event.

Supercars has also confirmed a light show, live music and fireworks as part of its lead up to the race on the Saturday night.