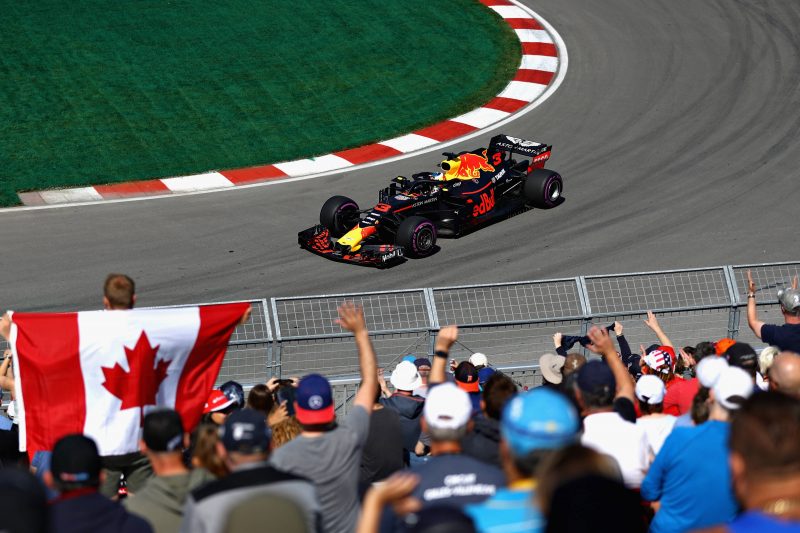 Renault has warned Red Bull that it risks being able to fight for a world championship if it elects to change its engine supplier for next season.

The Milton Keynes squad is yet to make a call on its power units for next season with the operation considering a move to Honda.

Red Bull is expected to reach a conclusion on its engine supplier before the Austrian Grand Prix in July.

Sister team Toro Rosso has already made the switch to Honda for this year which has been seen as an indicator that the former world champion squad could ink a deal with the Japanese marque.

While Red Bull and Renault have endured a fractious relationship in recent years regarding the reliability of the latter units, improvements to the engines have been accomplished.

A latest upgrade that has ben rolled out on Renault, Red Bull and McLaren cars at this weekend’s Canadian Grand Prix helped Max Verstappen set the fastest time in practice while Daniel Ricciardo was third.

Renault managing director Cyril Abiteboul has applied pressure on decision by claiming the firm will be able to help Red Bull to another title.

“I understand what they are looking to get,” Abiteboul told Sky F1.

“They are looking to the technical and commercial side, because it is clearly different remaining a customer and partner of Renault versus becoming a works team with Honda.

“It is very different and I appreciate that. But frankly, as far as I am concerned, they have a chance with us to become world champion again. I cannot say for Honda.

“With what they have now, what is coming in the pipeline, and their car which is clearly a great car, maybe the greatest out there, they have the chance to be world champion again within the next two years.”

Red Bull has prioritised its engine decision ahead of securing the future of current off contract driver Ricciardo.