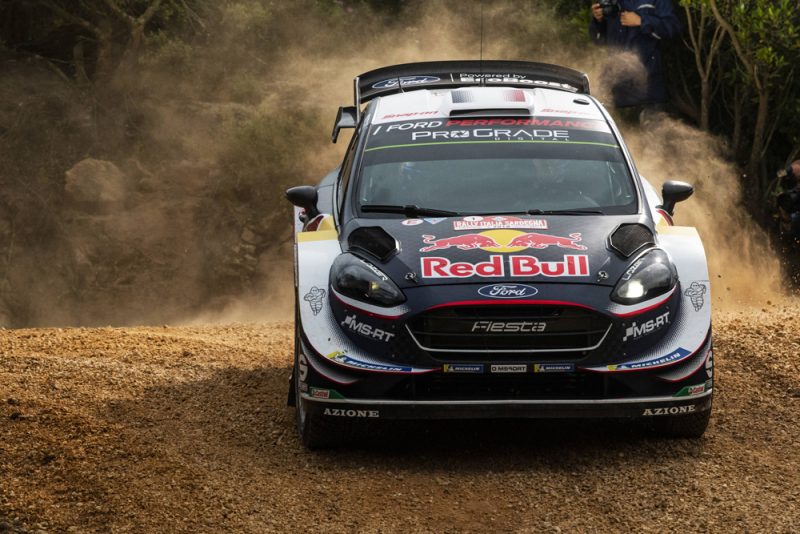 Ogier and Thierry Neuville both held early starting berths on the road owing to their lofty championship positions, which would typically see the duo lose time as they swept the road for following cars.

However, heavy rain provided the duo with an early advantage and despite a slow start which saw him trail Andreas Mikkelsen after the opening five stages of the rally, Ogier ended the day with an 18.9 second advantage over Neuville.

Early leader Mikkelsen, who held a 14 second advantage over Neuville in second after the first five stages, succumbed to a gearbox problem.

Ott Tanak was also a victim of the day’s stages, a heavy landing forcing the Toyota driver out of the rally while sitting in a podium position.

Ogier moved into the lead on stage six while Neuville lost his rear spoiler and had a half spin in his pursuit of the Frenchman in the latter part of the day.

Seven stages follow on Saturday, a total of more than 146 kilometres of competitive rallying which will see teams take on the opening three stages of the day twice.