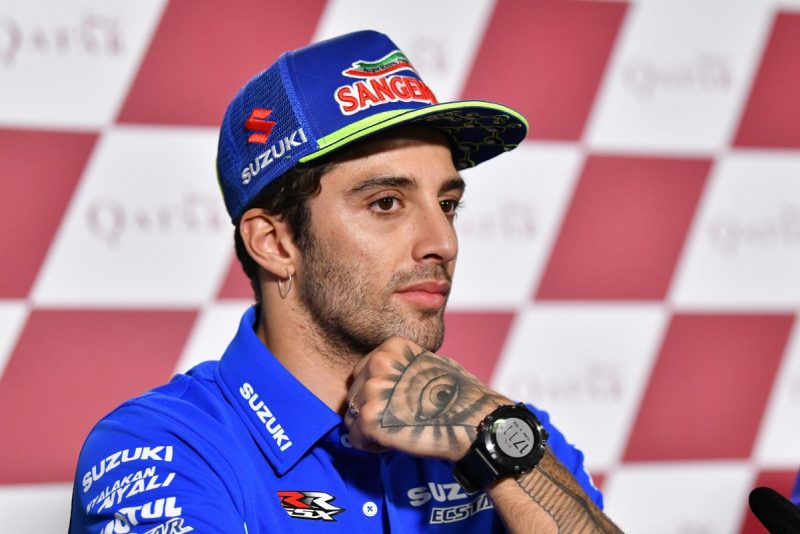 Andrea Iannone’s signing with the Aprilia MotoGP team has been confirmed.

The Italian will ride for Aprilia for at least the next two seasons after two onboard a Suzuki.

While Iannone stated on the eve of last weekend’s Italian MotoGP that he would be leaving Suzuki at season’s end, the Hamamatsu factory has only just officially announced that news itself.

Espargaro had recently inked deal to stay at Aprilia which runs for 2019 and 2020, the same as Iannone’s contract.

“With Iannone, we have another highly talented and fast rider who is also demonstrating his value this season,” said Aprilia Racing Manager Romano Albesiano.

“His arrival is a sign of the Piaggio Group and Aprilia’s growing commitment to the MotoGP programme, where our bike has already demonstrated that it can rely on a valid technical base.

“Now we need to stay focused on the 2018 season, beginning from the next GP of Barcelona.”

Fausto Gresini, whose team runs the Aprilia factory squad, added, “The combination of Iannone and Aprilia will be fantastic – one of the most interesting in MotoGP – and it has the potential to bring great results.

“Andrea is a strong, fast and concrete rider. I think that he will be able to provide great support for the team and contribute to the development of the bike.

“And then, there is no denying that it is always a pleasure to have an Italian rider on an Italian bike. Welcome, Andrea. Let’s have fun.”

Iannone moved into the premier class in 2013 with Pramac Ducati before stepping up to the factory Ducati Team in 2015.

He achieved his best championship finish of fifth during that season and took his first win, in Austria, in 2016.

It wasn’t enough for the 28-year-old to keep his ride when Jorge Lorenzo arrived, however, and Iannone has been at the Suzuki Ecstar squad this season and the last.

While he has two podiums through the first six rounds of 2018, his lack of a single visit to the rostrum in 2017 meant that there was speculation early this year that he would be exiting Suzuki.

Iannone is currently seventh in the championship, which resumes next weekend (June 15-17) with Round 7 in Barcelona.