World Rallycross to go electric from 2020

World Rallycross to go electric from 2020 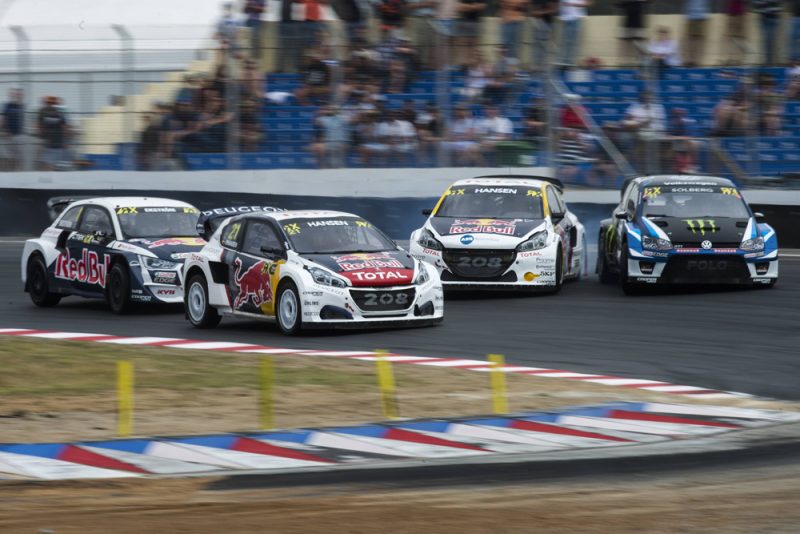 The World Rallycross Championship will go electric from 2020

The World Rallycross Championship will boast electric cars from 2020 amid a number of technical changes to the series.

A raft of changes to the sport’s technical rules have been confirmed, which include a switch to four-wheel drive ‘silhouette-type’ cars with electric motors attached to both axles.

Along with a common chassis, which is set to be produced by French manufacturer Oreca, they’ll also feature a standardised battery supplied by Williams Advanced Engineering – and offshoot company of the Formula 1 team.

The powertrain regulations are set to be derived from Formula E, though with some changes in an effort to contain costs and development.

It will mean all teams, manufacturer or privateer, will need to purchase the chassis and battery before homologating their own bodyshell from the 2020 season.

Manufacturers however will be able to compete for their own title, with the top four cars from each marque contributing points in that competition, while privateer entries will compete for a Team Trophy, with entries reserved for two-car teams.

The format of the competition remains unchanged, with qualifying heats funneling competitors into two semi-finals and one final at between 12 and 14 events per season.

The 2018 World Rallycross season continues with the Hell circuit in Norway set to host the fifth round of the season.