Verstappen ready to ‘headbutt someone’ over F1 crash questions

Verstappen ready to ‘headbutt someone’ over F1 crash questions 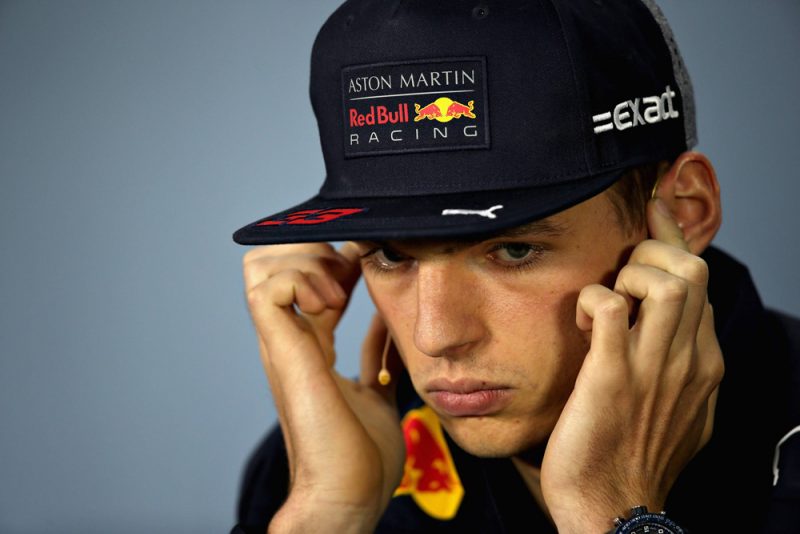 Max Verstappen has claimed he’s ready to ‘headbutt’ people after facing a barrage of questions surrounding his approach to Formula 1.

The Dutch youngster has endured a crash-strewn start to his 2018 campaign, most recently in Monaco when he clouted the barrier in final practice and starting last after missing qualifying.

There was also a collision in Azerbaijan with team-mate Daniel Ricciardo, a clash with Lewis Hamilton in Bahrain, and a coming together with Sebastian Vettel in China.

“I get really tired of all the questions, so, yeah… I think if I get a few more I’ll headbutt someone,” he responded when asked bluntly ‘why do you have so many accidents?’.

“It’s not that dramatic as people say it is,” he added.

“Of course, I haven’t scored the points which I should have scored but that was not only my fault. Could have been better, but everybody makes it so dramatic.”

The Red Bull driver, who has been overshadowed by team-mate Daniel Ricciardo so far this season, refutes suggestions he needs to change his approach.

“Well, you know, I get really tired of all the comments of me, that I should change my approach,” Verstappen said.

“I will never do that, because it’s brought me to where I am right now.

“So everybody who has those comments, I don’t listen to it anyway. I just do my own thing,” he added.

“Of course, the beginning of the year so far it hasn’t been going so well, not in the way I liked it.

“A few mistakes, I think especially Monaco and China, but it doesn’t make sense to keep talking about it, because I get really tired of it.

“It just feels like there are no better questions out there than to keep asking me about what happened in the previous weekend.”

Verstappen currently lies sixth in the drivers’ championship with 35 points, while Ricciardo sits third on 72 points heading into this weekend’s Canadian Grand Prix.