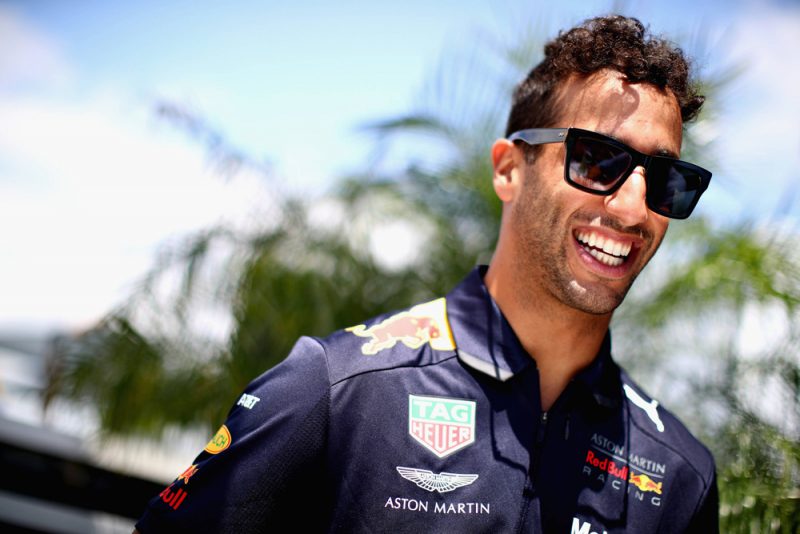 Daniel Ricciardo believes he won’t need to take a grid penalty for this weekend’s Canadian Formula 1 Grand Prix despite claims by Red Bull designer Adrian Newey to the contrary.

During the week, Newey said that it was expected Ricciardo would take at least one grid penalty as a result of a failed MGU-K from the Monaco Grand Prix, and could even face a rear-of-grid start should Renault identify further issues with the battery pack.

Speaking in Canada, Ricciardo has refuted Newey’s claims, saying that as long as things go to plan during practice that he should escape the weekend penalty-free.

Reports claim he will revert to an MGU-K that was used at the start of the season this weekend.

“If something happens in practice and we are forced to change something, then I will get a penalty,” the Monaco Grand Prix winner said.

“But for now, we still have enough parts to run, and if it runs reliable we will do the whole weekend with it.”

While Ricciardo may escape a penalty in Canada, the Monaco failure will still come back to bite the Australian at some point.

Drivers have just two MGU-K systems for use during the year, and with one having failed last time out for Ricciardo, he’s all but assured of having to take a third at some point this season.

When he does, he’ll incur a penalty, which Ricciardo admits could come as early as the French Grand Prix later this month.

“I guess, it could come as soon as Paul Ricard,” Ricciardo confsessed.

“When I heard whispers of taking a penalty here, at that point I was like ‘I will take it in Paul Ricard but not here’.

“This is such a difficult circuit for overtaking and having such good momentum at the moment I think a penalty would take a bit of wind out of our sails.

“If we can escape this weekend without it, then I’d rather take it somewhere else.”

Ricciardo though hopes to delay the need to take a new MGU-K for as long as possible, as the earlier he takes the new component the longer he has to use it through the year.

That in turn increases the risk of another failure, and the need for another replacement towards the back end of the campaign.

“We will try and go as long as we can to delay. The earlier we take a penalty then maybe we have to take another one before the year is out,” Ricciardo explained.

“We try and delay it as much as we can, but also, we know that, especially coming here with the hypersofts, we were good on the hypersofts in Monaco, maybe it gives us a chance this weekend of having a strong race.

“We feel on paper this circuit should suit us more than a couple of the others coming up.

“Winning two in a row would be nice…starting 15th would (make winning here) very unlikely here.”

Practice for the Canadian Grand Prix gets underway on Friday, with the opening session set to commence at midnight AEST.