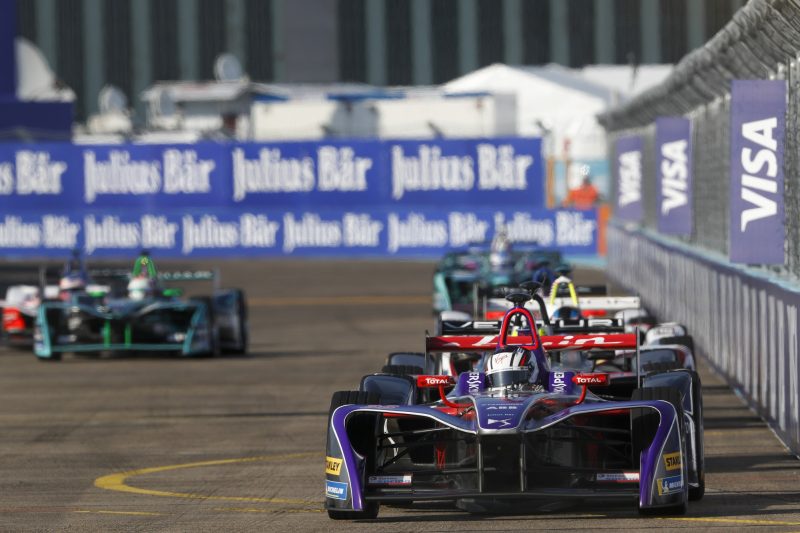 The calendar, released at the June World Motor Sport Council meeting, features three slots yet to be confirmed.

One of those is Switzerland, where motor racing makes a historic return with this Sunday’s Formula E race, which is marked as “subject to ASN approval, circuit homologation and final approval of the city” for next season.

The others are a fully unspecified slot for Race 3 on January 26 and a race in China on March 23.

That March 23 race is set to take place a fortnight after the Hong Kong event, which reverts to a single race and loses its season-opening status.

The recently announced Riyadh race now starts the season, its date having been confirmed with the calendar release as December 15.

Marrakesh continues as the second event, on the same weekend as the current season, while Mexico City, Rome, Paris, and Berlin, also occupy similar positions.

Monaco returns as Race 9 as per its biennial rotation, without word as to whether or not Formula E will run on the full grand prix circuit for the first time.

Santiago and Punta del Este, which returned to the calendar this season as a stand-in for Sao Paulo, are out and Sao Paulo itself also does not feature on the current version of the 2018/19 calendar.

New York again closes the season with what becomes the only double-header.

The 13 races make for what is set to be the longest season in Formula E’s by then five-year history after Montreal’s event was axed by the city’s mayor last December.

In a change to the event format, races will be timed at 45 minutes rather than running to a prescribed lap count.

There will also be a unique new boost mode accessed by driving over an ‘activation zone’.

The 2018/19 season will be the first to feature a new car, with the Gen2 model eliminating the need for mid-race car swaps.

HWA AG’s arrival boosts the grid to 11 teams and 22 cars, while Felipe Massa is a high-profile signing for Venturi.

** Subject to ASN approval, circuit homologation and final approval of the city