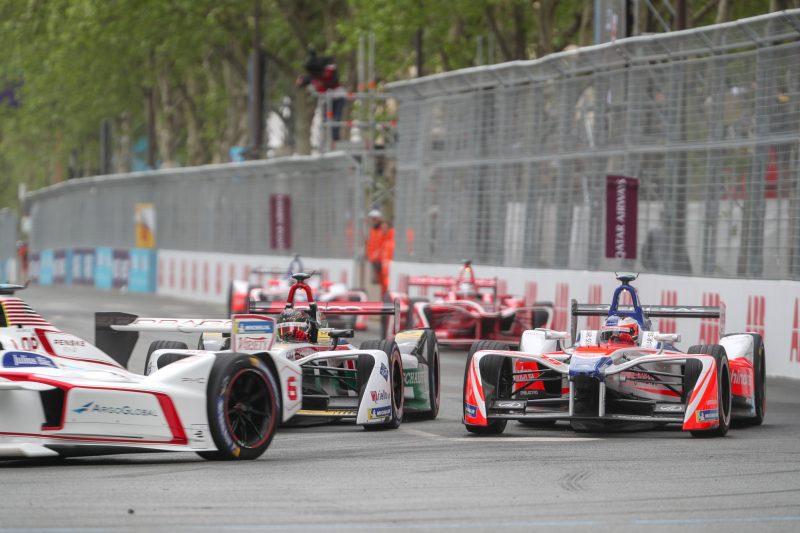 Formula E organisers have advised that drivers will next season be able to access a power boost mode by driving over a special ‘activation zone’.

The boost will make an extra 25kW over the standard 200kW available.

The number and duration of boosts available will vary from event to event and be decided by the FIA.

What is known is that the activation zone will be marked on-track and located in a position which is visible to spectators and television viewers, while an LED array fitted to the halo will denote which power mode is being used.

Fanboost, the system whereby fans vote pre-race for which three drivers will have a power boost available to them, has been retained.

It will now be available only when the new, as yet unnamed higher power mode is active, making for a period where 250kW will be available.

Formula E founder and CEO Alejandro Agag says that the changes, which coincide with the arrival of the Gen2 car that eliminates the need for mid-race car swaps, are aimed at ensuring that races are ‘unpredictable’.

“Formula E is synonymous with innovation and pioneering technology – that’s exactly what we’ll be seeing again next season with the step-up in performance and efficiency of the futuristic next generation car, as well as trialling unique and radical concepts to usher in a new era of Formula E.

“The new format and split levels of power being introduced for season five will add an extra strategic element and continue to offer intense and exciting competition between some of the most talented drivers and biggest brands in motorsport.”

In other format changes, races will all be time-certain at 45 minutes plus one lap, and six cars will now progress to the super pole session.

The new boost mode was announced alongside the release of the 2018/19 calendar.