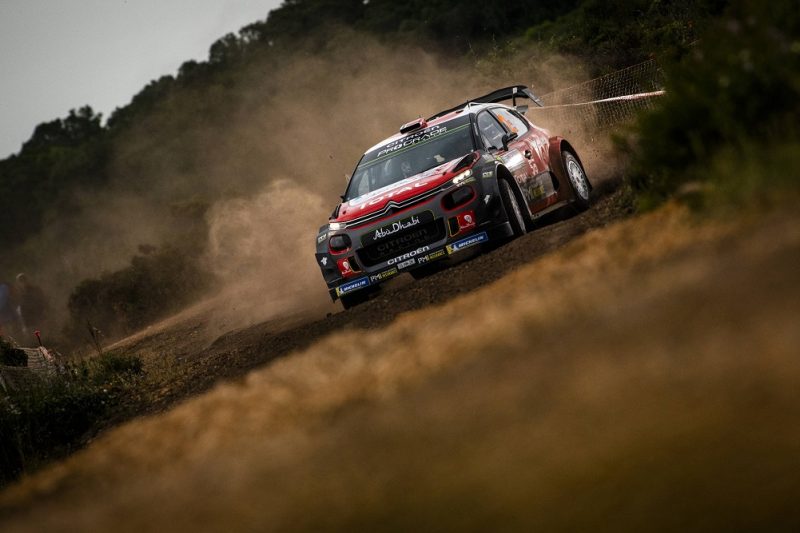 Mads Ostberg during shakedown in Italy

Citroen boss Pierre Budar has confirmed that the French marque is ‘100 percent’ committed to the World Rally Championship for at least two more seasons.

There had been speculation that the French marque would leave WRC at the end of the season, which gathered momentum when it cut Kris Meeke following a huge crash last month in Portugal.

Speaking at this weekend’s Rally Italia Sardegna, team principal Budar stated unequivocally that Citroen would be back in 2019 and 2020.

“Citroen WRC next year is confirmed,” he said.

“Normally it is confirmed, 100 percent confirmed,” he added when asked about 2020.

Citroen’s driver line-up for the remainder of the season and into the next is less certain.

Meeke had been the only driver set to start all 13 rallies until he was dropped, one car was to be shared by Craig Breen and Sebastien Loeb, and a third C3 WRC would make occasional appearances.

Breen and Mads Ostberg, the latter of whom was also intending to be a part-timer, are in action this weekend and the former is now set to run for the remainder of the season.

Loeb is also scheduled for one more start, Round 12 in Spain in October, and a decision as to who will fill the seat for five other rallies will be decided prior to the next round in Finland (July 26-29).

Budar nominated former Citroen driver and current world champion for M-Sport Sebastien Ogier as one driver under consideration for next season but ruled out nine-time world champion Loeb as a full-time option.

“You should talk with Loeb but I think his time in a complete championship is over,” said Budar.

“We cannot go for a complete championship with Seb. It’s not OK for us to go for a few rallies only with him to replace one driver.

“Everybody in the service park wants Seb Ogier and we would be very pleased to see him again at Citroen, of course. He started with us his career in rallying.

“He’s French, in a French team and it would be a nice story also, but it’s not our only consideration to take him.”

Stéphane Lefebvre and Simone Tempestini are third and fourth respectively in the WRC2 class in R5-spec C3s.