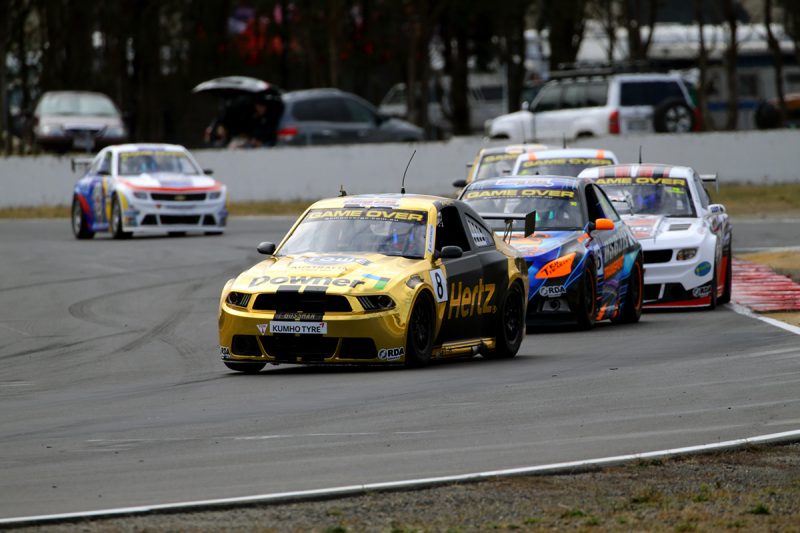 Aussie Racing Cars is in the process of developing an electric version of its race car as it looks to embrace the technology for the future.

The popular national series for pint-sized race cars is hoping to demonstrate its new battery powered alternative early next season as it looks to mark its 20th year of competition.

Construction of a prototype car has been taking place in Queensland this year as the series investigates the possibility of creating electric race cars to race against petrol powered derivatives.

Development is in its infancy but if successful electric versions could be racing by 2020. The electric Aussie Racing Car, developed around the category’s two-seater model, is powered by a Parker GVM210150 motor which produces 132kW and is powered by re-chargeabale lithium battery packs.

The electric motor is liquid cooled while batteries are expected to easily last current race distances.

The news arrives at time where Supercars has confirmed plans to evaluate hybrid technology for its 2022 Next Generation regulations.

“The series is going into its 20th year and just like every series it needs development and it needs to push forward,” category manager Brad Ward told Speedcafe.com.

“There is no doubt that electric vehicles and those concepts are going to push ahead in the next five years.

“With the advancements of battery power, and the size and weight of electric motors, it became pretty clear it could work well in an Aussie Racing Car chassis.

Ward has stressed that the project is more of an investigation at this stage, but affirmed that if successful the plan would be to create the world’s first petrol and electric one-make series.

“This is just about developing and trialling something to see if we could make it work and that might integrate into the Aussie Racing Cars series,” Ward added.

“If it does roll out it will be the world’s first petrol, electric race series where petrol and electric race cars could compete on a level playing field.”