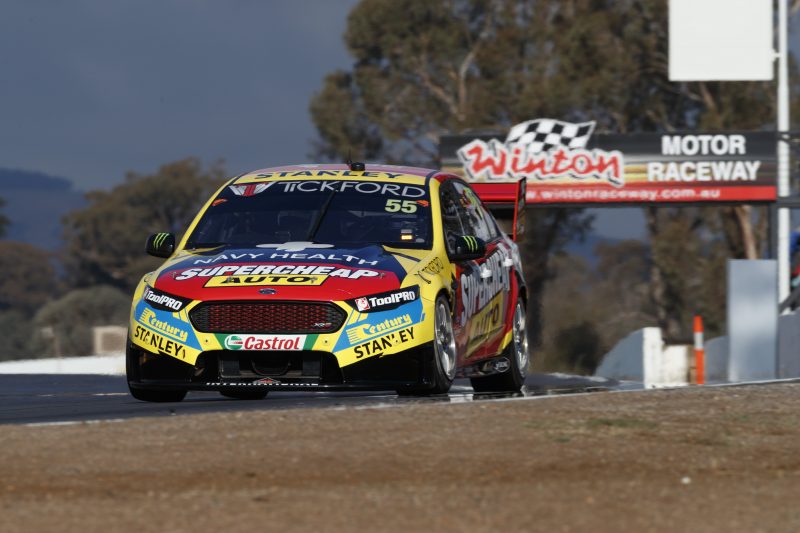 Chaz Mostert says he’s excited to head to Darwin following a productive Winton test that yielded a stronger feeling from his Falcon FGX.

The Tickford Racing driver had been desperate for a test day after a difficult start to the season that has seen last year’s title contender yet to record a podium finish.

Mostert has struggled to a just to the new Dunlop tyres this season with a lack of front end turn-in among his gripes that has seen him slide to 11th in the championship standings.

The 26-year-old endured a hectic journey just to make the test that arrived 48 hours after making his European GT debut in the Blancpain GT Series Paul Ricard 1000km in France.

However, a full day of running at the Victorian circuit ran smoothly while providing improvements, he hopes will translate into results at Hidden Valley next weekend.

Tickford co-owner Rod Nash confirmed to Speedcafe.com last month that the squad was pushing to deliver chassis and engine upgrades in time for the test.

“Had a lot to do today, I think we even fell a bit behind time with some stuff but overall I think today was definitely a positive.

“The track was pretty tricky to try and get a read on but overall I’m really just excited to go to Darwin and just see if we have made gains.

“It’s hard when you don’t have all the big competition and the lap times in front of you from what the other guys are doing but for me I’m excited.

“Darwin’s actually probably the true test, today was probably the entrée, so definitely changed plenty of things and hopefully it’s for the best but we’ll just have to see.

“There’s been no secret that (this) year for me the struggle’s been in the front end, I’ve said it several times, and just trying to get the car to turn had been the hardest thing. 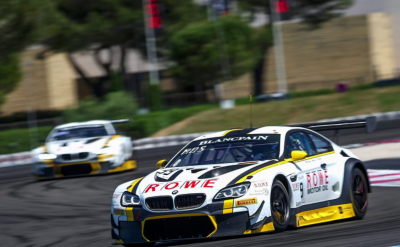 “The way we adjusted the set-up, it felt like it’s giving me more turn, which is what I’m after.

Although focussed on prioritising his Supercars career, Mostert thoroughly enjoyed his outing with the Rowe Racing BMW M6 GT3 squad in France and is keen to further explore sportscars.

The Gold Coast-based driver received the call-up from BMW having initially impressed the manufacturer at the Bathurst 12 Hour in 2017 which led to further outings for the marque in Asia.

He finished 11th at Paul Ricard after team-mate Tom Blomqvist accrued a 30 second penalty that dropped the car from sixth position.

“Obviously for me I want to be competitive back here in Australia,” he added.

“This year hasn’t gone to plan and that’s always the priority and I’m sure if we can get on top of that, get the car right at the pointy end, I’d love to go and do some more events without a doubt.

“Obviously you’ve got all the hero events on the list, I want to do Spa, I want to do Nurburgring one day, and all those kind of things, so even Le Mans would be really cool but just the calendar clashes and all that, it’s hard, but if the opportunity came up I’d love to go and do it, for sure.”

The upcoming 24 Hours of Spa (July 26-29) doesn’t clash with Supercars but Mostert believes it will be unlikely he will receive a call to contest the race this year.

“I think everything’s probably pretty locked in for BMW at the moment at Spa,” said Mostert.

“Obviously I hope no one gets sick but if they do, I’ll have my phone on loud, ready for the call, so we’ll see how it all pans out.

“But wish everyone luck at BMW at Spa for sure, so we’ll just have to see how they go.”

Mostert will be back in Supercars action at the CrownBet Darwin Triple Crown from June 15-17.