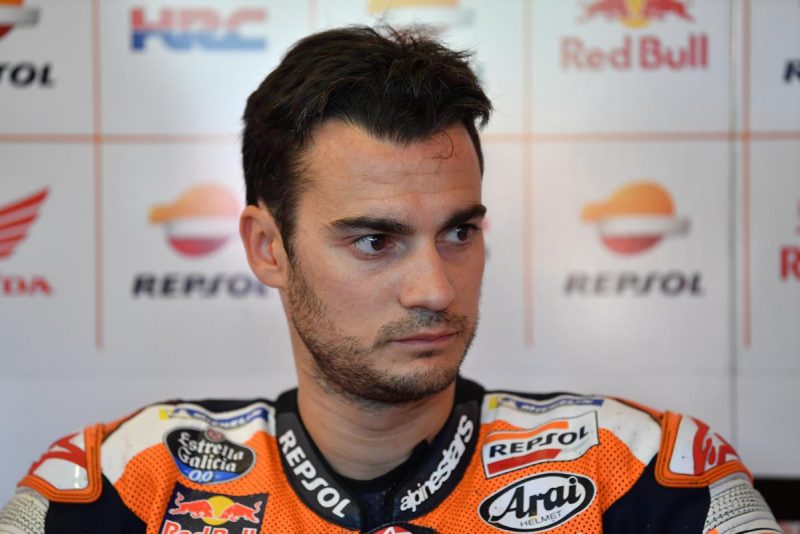 Dani Pedrosa will leave the Repsol Honda MotoGP team at the end of the season, the Japanese marque has announced.

The Spaniard will not be offered a new contract with the Honda Racing Corporation, bringing an end to his 13-year run at the factory squad and 18 years with the corporation in total.

“After 18 years together across three classes in the MotoGP World Championship, HRC and Dani Pedrosa today (Tuesday) announce that their longstanding partnership will come to an end at the end of the 2018 season, by mutual agreement,” read a statement from HRC.

Pedrosa has spent his entire grand prix career to date with Honda, winning the 125cc world championship in 2003 and the 250cc title in each of the next two seasons.

“I want to thank HRC for all these years of great success,” said the 32-year-old.

“I have grown not only as a rider but also as a person with them. I will always have HRC in my memories and in my heart.

“In life we all need new challenges and I feel it’s time for a change. Thanks, HRC.”

HRC President Yoshishige Nomura added, “Today is a sad day for me.

“On behalf of HRC, I want to thank Dani for all his hard and successful work, and to express our gratitude for these two decades together.

“We also wish him the very best of luck and success. Thanks, Dani.”

Pedrosa currently languishes 12th on the table with a best race result of fifth in France.

He qualified only 20th last weekend in Italy, a career low, and crashed out on the first lap in an incident with LCR Honda’s Takaaki Nakagami.

Team-mate Marc Marquez also went down at Mugello but still leads the championship by 23 points having won half of the first six races of 2018.

There is no word yet on who will join Marquez at Repsol Honda next year, with Johann Zarco’s and Andrea Dovizioso’s homes for 2019 already named as Red Bull KTM and the Ducati Team respectively.

Jack Miller has emerged as a possibility for a surprise return to HRC after he refuted claims in a report from Spain that he had declined an offer to join Repsol Honda.

Pedrosa, meanwhile, has since released a separate statement advising that he “will have more information regarding my future at the Grand Prix of Barcelona.”

That event, the Catalan native’s home round, is next up on June 15-17.