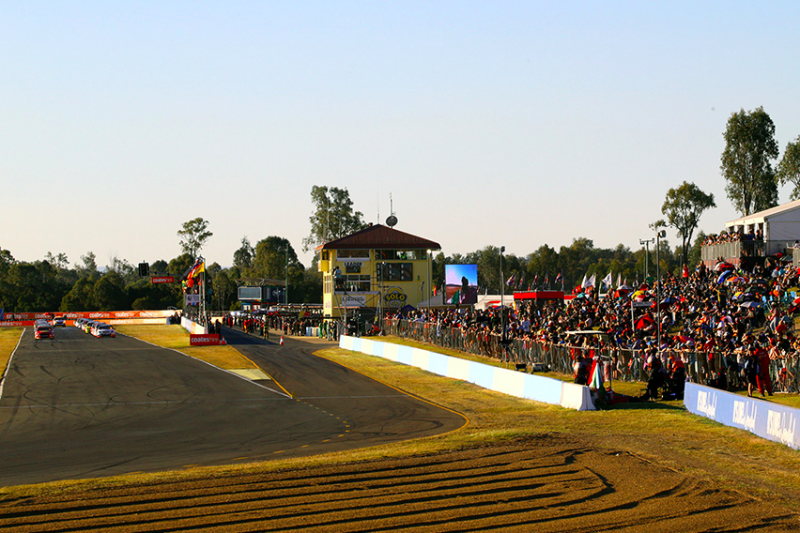 Work to install vital safety upgrades at Queensland Raceway is likely to begin this week with debris fences and new tyre barriers due to be added to the circuit.

The Ipswich circuit is required to undergo improvements to secure the necessary FIA Level 3 track licence which is imperative to host a round of the Virgin Australia Supercars Championship.

A contract between Ipswich City Council and the circuit is due to be formally signed off this week with the former funding the circuit update that will see the necessary licence requirements completed in time for the Coates Hire Ipswich SuperSprint (July 20-22).

New debris fences will be constructed on the pit wall, halfway along the back straight and around exposed marshal posts to provide better protection for officials.

Extra permanent tyre barriers will be placed at the high speed Turns 1 and Turn 2 and at the Turn 3 and Turn 6 hairpins.

Supercars has installed temporary barriers in previous years to bring the circuit up to scratch to host the championship.

The circuit placed a new tyre barrier at Turn 1 following the deaths of two competitors in a Roll Racing crash last year.

Queensland Raceway general manager Keith Lewis has confirmed to Speedcafe.com that tyres are due to be delivered to the venue this week with work to begin imminently.

“We’ve been ready to start work on this for six or eight weeks, subject to council getting things in place,” Lewis told Speedcafe.com.

“Prior to the event this year we are hoping to have significant debris fencing installed and some extra tyre bundles put in as a permanent installation rather than what Supercars have been bringing.

“In 2018 we have been asked to put up debris fences on the back straight from halfway down to Turn 3 and half of pit lane, and we are hoping to have all that done including some debris fencing installations around the flag points to give the marshals some better protection.

“They (the FIA) have asked for more tyre bundles at Turn 3 and Turn 6 and some extra tyres in Turn 1 and 2.

“They will be constructed in the way that Queensland Raceway builds them and will be installed as two or four deep, and will be chained together.

“Contractors will be advised on Wednesday and 7000 tyres should be delivered to Queensland Raceway before the end of the week.”

Further debris fences and improvements to kerbs will be installed next year ahead of the 2019 Supercars round.