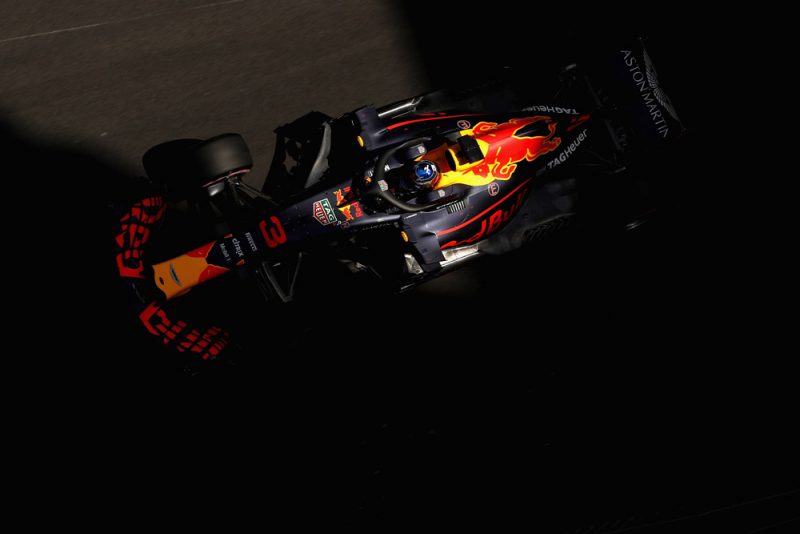 Daniel Ricciardo will take grid penalties in the Canadian Formula 1 Grand Prix after Red Bull and Renault assessed his car in the wake of his Monaco race win.

The Australian famously dragged the Red Bull RB14 to victory after the MGU-K energy recovery system failed 18 laps into the 78 lap race.

While the car lasted the distance in Monaco, Red Bull’s design guru Adrian Newey has confirmed Ricciardo will receive penalties in Canada.

“I rather doubt it, considering it caught fire and was a burnt out, charred wreck,” Newey told Reuters.

“I would be somewhat surprised at that one.”

“He will definitely be taking some penalties in Montreal, we haven’t heard at the moment just how many,” he added.

“One of things there is whether the battery was damaged or not in Monaco, so until we know that from Renault we don’t know exactly what we’re facing.”

Regulations restrict each driver to three power units per season, but only two of components such as the MGU-K, energy stores, and control units.

Additional components can be used, but attract a 10 place grid penalty.

Introduced for 2018, where multiple penalties equate to a grid drop of greater than 15 places, the car will start from the back of the grid.

Ricciardo will therefore fall at least 10 places following qualifying, with the potential of a rear-of-grid start should the battery also prove to have been compromised.